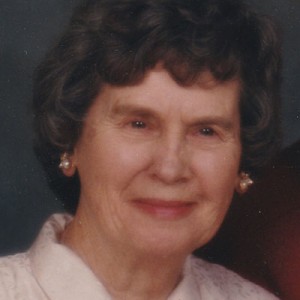 Rita grew up in Milwaukie, Oregon and after graduating from St John’s went to work. In 1942 she met her lifelong sweetheart and on July 21, 1945 she married her Frank. They were happily married for 59 years until Frank passed away in 2004.

Rita is predeceased by brothers, William and Frank and her sister, Dorothea. She is survived by her brother Robert (Nancy) Stochosky.

Mass of Christian Burial will be held on Friday, August 8th, 2014 at 1P.M. at St. Theresa’s Church 750 Rutland Rd N, Kelowna, BC. Interment of ashes will follow at St. Theresa’s Cemetery (Sexsmith Road-west off Hwy 97). Reception will be hosted in the church hall following Mass and Interment.

Mom will long be remembered for her generous hospitality and unending love of family and friends. There was always “room for one more” at her table.

In lieu of flowers, donations to the Alzheimer’s Society would be appreciated. Condolences for the family may be made through Springfield Funeral Home, Kelowna, BC. For those wishing to send a condolence, photos or share memories, may do so by scrolling down this page to the area called “Share Your Condolences.”


The service for O’DOHERTY, Rita Magdalene is scheduled for Friday, August 8th, 2014 at 1P.M.. Below you will find the map for the service location and the contact information should you have any questions.