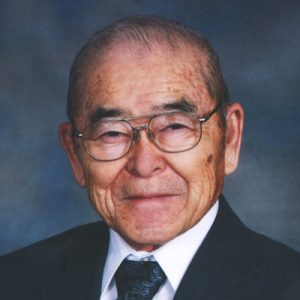 It is with our deepest sadness that we announce the passing of our dear Kenji Oishi on February 20, 2020 surrounded by his family. He was born on June 7, 1929 in Kelowna, B.C and predeceased by his wife Mieko on August 8, 2018, and also by his granddaughter Teegan, brothers Eiji, Toshi, and Jisa.  It is of such great comfort to know that he has joined his great love, Mieko who he has so deeply missed. He is lovingly remembered by his sons Robert (Elayne), Doug (Marge), and Larry (Lori). He will be forever missed by his grandchildren Colin (Jen), Melissa (Claus), Troy, Rylee, and Kobe. Also missed by his great grandchildren Evelyn, Nolan, and Liam. He is survived by his brother Aki (Irene) and sister in-law Akemi. Ken was born and raised in a farming community, Ken and Mieko worked side by side on their own farm on K.L.O Rd. They raised their boys to have the same work ethic and integrity as they had. Ken took such pride in their own farm and quality was so important to him as he grew his own seedlings with such care to create produce that was known throughout Kelowna.

Ken was always willing to help anyone with anything that was needed, whether it was removing snow at the church parking lot with his John Deer tractor, or the neighbors’ driveways. He had many talents with woodworking, such as building greenhouses, signs, planting tables, and apple boxes. Again, his work ethic, attention to detail, and his inventiveness created the most beautiful wood working treasures. He was especially proud of his infamous “Shut The Box” game. Not only this, but Ken was so supportive with his grandkid’s sports. Whether it be fastball, hockey, track, or volleyball, Ken was always willing to drive the kids to their games and watch every game religiously.

The family would like to thank the 6th floor staff at KGH for their wonderful care and support. In lieu of flowers, please make donations to the KGH Foundation.

A service to celebrate Kenji’s life will be held on Wednesday, February 26, 2020 at 10:00 am at Springfield Funeral Home, 2020 Springfield Road, Kelowna, BC.


The service for OISHI, Kenji is scheduled for Wednesday, February 26, 2020 at 10:00 am . Below you will find the map for the service location and the contact information should you have any questions.