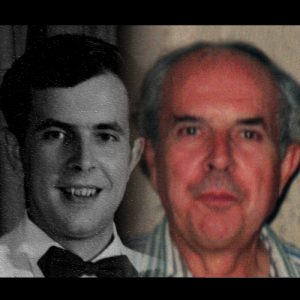 At the age of 92, Andrew Ormazzi unexpectedly passed from this life on December 30, 2022. He leaves his wife, Lena; son, Steve; daughter, Sue, and son-in-law, Frank Gazdag; grandchildren, Nick and Michael Gazdag; as well as his great-grandchildren, Wren and Emi Gazdag.

Andy was born in Natal, BC in 1930. He met his wife Lena at the Vancouver School of Fine Arts, and graduated from their program in 1956. For many years, he worked for the Hudson’s Bay Company in Vancouver, BC, designing their storefront windows. He also ran a busy pottery studio with Lena. Later, Andy owned a successful landscaping business, mainly in West Vancouver, BC, before moving to Kelowna, BC in 1976. Andy became a prolific and skilled abstract art painter, selling his artwork and hosting private exhibitions. He also enjoyed gardening; he grew an extensive fruit, flower, and vegetable garden at his home, and sold his cut flowers to local businesses.

A gathering for friends and family to honour Andrew will be held on FRIDAY, JANUARY 27, 2023, at 2:15 PM, at SPRINGFIELD FUNERAL HOME, 2020 Springfield Road, Kelowna, BC.


The service for ORMAZZI, Andrew is scheduled for FRIDAY, JANUARY 27, 2023, at 2:15 PM. Below you will find the map for the service location and the contact information should you have any questions.