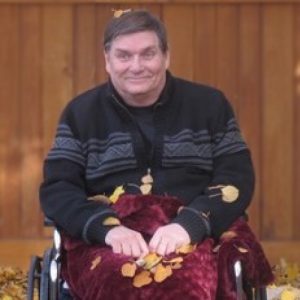 He is survived by his wife of 45 years, Denise Ormshaw (Handley); daughter Christine Howard (Chris); and Michael Ormshaw (Rosella). He was Papa to Riley Ormshaw/Bennett; Mackenzie Bennett; Isaac, and Laine Ormshaw; Isaiah and Nyomi (Ben); and Anaiya and Olivia Howard. He was a great-grandpa to Nova-Lee and Elliana Saraya. He is also survived by his sister Kim Thomilson (Wally); sister-in-law Janet Ormshaw; brothers-in-law Dean (Sally) Handley, Brian (Judy) Handley; sisters-in-law Laurie Ryan (Handley), and Karen (Dave) Thompson/Handley; numerous nieces and nephews; and especially his childhood friends in Ontario.

He was born in Trenton, Ontario in February 1954. He grew up on the farm of his grandparents Pat and Pearl Whaley with his mother and his brother, after the tragic death of his father, until his mother remarried. He was happiest there. After all the years of being from the farm, it was still where his heart was. He hung a watercolour picture of it above his bed.

As a young man, he dreamed of being a Rockstar with his childhood friends. They formed a band together on more than one occasion. He travelled with one across southern Ontario playing keyboard and even had one of his own songs on CHUM Toronto. He was an amazing musician, best known for his bass playing. He was also an accomplished acoustic guitar player and songwriter. He played most instruments. He enjoyed playing in the church up until he lost his rhythm as a result of the disease that eventually took his life.

Wayne was quiet and conscientious – he took pride in his work whether it was a small or big job. Before moving back to BC in 1988, Wayne worked at CFB Trenton as a civilian electrician. He then worked at Downie Timber. Then owned, and operated Ormshaw Equipment Rentals for five years- which he loved. He worked for Burridges until his illness took that from him. He loved his Job! He was also a beekeeper for many years – donating his equipment to 3 Valley Gap before moving to Kelowna in 2015.

Wayne loved to tinker and work with his hands, he could fix almost anything. Those who knew him knew he never liked to throw anything away – MIGHT BE ABLE TO USE THAT!! or MAY NEED TO USE THAT SOMEDAY!!

He was a very private man and a gentle man. He kept lifelong friendships and loved his family the best way he knew how. He will be missed by many.

We will try and hold a memorial celebration of his life when we are able to do so.