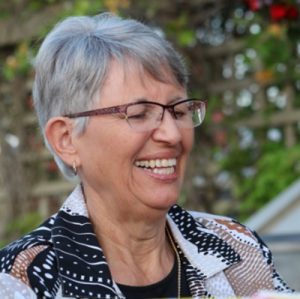 Laura Agnes Parke (née Campbell) 70, of Kelowna, British Columbia passed away peacefully on May 23, 2020. Agnes was predeceased by her father George, mother Laura, brother Robert, and sister Jeannie. Agnes is survived by her loving husband of 48 years and best friend Walter “Wally” Parke. They were married on December 4, 1971 in Winnipeg, Manitoba. Agnes is lovingly remembered by her children Walter, Kristen (Mike), Stewart (Kristal), Brenda and her beloved grandchildren R.J., Cody, Raya, Payton, Evangeline, Spencer, River and Mason. She is also survived by siblings Gloria (Melvin), Harris (Cathy), George, and Stewart (Debbie); Agnes is dearly loved by a large extended family with many nieces, nephews, and cousins.

Agnes was born in Gimli, Manitoba. She grew up, married, and raised her family in various parts of Winnipeg until 1995 when Wally and Agnes moved the family out to British Columbia.

Agnes was a medical secretary and worked at the children’s hospital both in Winnipeg and Vancouver. She was a dedicated mother and her greatest joy was her children and her grandchildren. She enjoyed being with family and playing a little bingo from time to time. She became involved with the ladies’ group “Good Vibrations” who supported one another in their challenges with Parkinsons disease. She will be remembered for her unconditional love, infectious laugh, and bright smile.

A Celebration of Life is to be determined. In lieu of flowers, a memorial donation may be made to the Parkinson’s Society of British Columbia, www.parkinson.bc.ca.