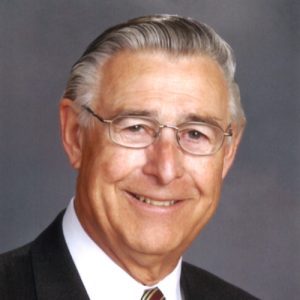 Words cannot express our profound sadness on the passing of our beloved father, husband, brother, and grandfather, Ernie Patterson. To everyone who was fortunate to know him, Ernie was kind, thoughtful, generous, caring, and the nicest guy you would ever want to meet. A true gentleman and man of integrity.

Ernest (Ernie) Roderick Patterson was born in Roscrea, Ireland in 1936 and passed away in Kelowna, British Columbia on December 24, 2022 at the age of 86. Ernie is survived by his wife of 29 years, Edna Allwright; his children David Patterson (Valerie), Donna Dabels, Edward Patterson (Melody), David Allwright (Linda), and William Allwright; his grandchildren Jeffrey, Morgan, Amanda, Matthew, Carter, and Lindsay; and his great-grandchildren Rowan, Nova, and Malcolm. He is also survived by his siblings William, Mary, Audrey, Kathleen, Gwen, Roberta, and his loving daughter-in-law Roberta Allwright. He was predeceased by his sister Florence, and his first wife and mother of his children, Alice.

Ernie immigrated to Stavely, Alberta in August 1948 where he attended Stavely School before moving to Claresholm in 1949 where he finished high school. Ernie spent most of his working and political life in Claresholm where he is fondly remembered.

In 1962 Ernie became involved in the Canadian Federal Election as a Social Credit Candidate in the MacLeod Riding, losing in a close race. This was followed by nine unsuccessful federal and provincial election campaigns as a Liberal culminating in a 612 vote loss in the Pincher Creek/Macleod riding. No one could ever accuse Ernie of being a quitter.

In his capacity as Chair of the Beverage Container management Board of Alberta (1990-2004), Ernie provided leadership to the start of the recycling of beverage containers in Alberta through the local bottle depot system. In 1981 he was appointed a Commissioner of the Canada Metric Commission, and in 2002 he was appointed a member of the Alberta Electoral Boundaries Commission.

In 2004 he was named one of Alberta’s “50 Most Influential Citizens” by Alberta Venture magazine and specifically identified as one of seven “political power houses” in the province. And in 2005 he was awarded the Alberta Centennial Medal for outstanding service to the province, and in September 2012 was awarded the Queen’s Jubilee Medal for his pivotal role in shaping modern municipal politics in Alberta.

Ernie credits his family with allowing him to play an important role in political life. His first wife, Alice, mother of his three children, died in 1987. She helped influence their children to pursue educations resulting in David becoming a Professional Forester, Donna becoming a teacher, and Edward becoming a doctor.

Ernie married Edna Allwright in 1993. With both having been widowed, they acknowledged how fortunate they both were to have the support of their children. In addition to all of his accomplishments, Ernie still found time to sit on the floor and make Barbie puzzles with his granddaughter.

Memorial donations may be sent to BC Cancer Agency – Sindi Ahluwalia Hawkins Centre for the Southern Interior or the Heart and Stroke Foundation.

A Memorial Service will be held to honour Ernest on WEDNESDAY, JANUARY 25, 2023, at 11:00 AM (PST), at SPRINGFIELD FUNERAL HOME, 2020 Springfield Road, Kelowna, BC.  If you are unable to attend in person, please join the family online by Livestream at the time of the service (see below), a recording will be made available to view shortly thereafter.


The service for PATTERSON, Ernest is scheduled for WEDNESDAY, JANUARY 25, 2023, at 11:00 AM (PST). Below you will find the map for the service location and the contact information should you have any questions.