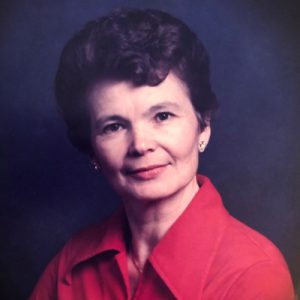 After a brief illness, our beloved mom and Baba, Nada Pavelich, (née Neral) passed away peacefully, surrounded by her loving family on March 31, 2021.

Nada was born July 17, 1939, in the idyllic village of Hutin, Croatia.  After two sons, the Nerals welcomed a daughter and christened her Nada, meaning hope, to symbolize their joy. In the following years, two more daughters were born to Mijo and Helena. The family moved to the big city of Zagreb where Nada completed her schooling, specializing in the culinary arts.

In 1957, Nada was swept off her feet by a handsome Canadian-Croatian gentleman, Steve, who was travelling through the country. After a whirlwind engagement and wedding, plans were set in motion for the couple to settle in Canada. Unfortunately, obstacles arose and it took three long years for Nada to join Steve in Canada. In 1960, they settled in Richmond, BC where they set about starting and raising their family. When retirement beckoned, Nada and Steve moved to their own Okanagan oasis in Kelowna, BC – their door was always open to family and friends.

Throughout her life, Nada was devoted to her family. If you knew her, you know how special she was. Her house was magic. Her garden was her passion, and it was grown, picked, and shared with love. Her generosity unmatched; her meals legendary. Her family gathering to eat around her table or for happy hour (ice cream cones included) under the cherry tree was her greatest joy.

Nada was predeceased by Steve, her loving husband of 60 years, as well as her parents, and oldest brother Mijo. She lives on in the hearts of her daughter, Marian Lane (Stephen), son, Steven (Chantel), grandchildren Stephanie (Derek), Michelle (Shane), Jamus, Cole, and Mila, and great-grandchildren Carter, Lily, Madden, Ivy, and Mabel. Nada is also survived by her brother Drago (Dragica), sisters Marica (Ivo) and Barica, as well as many nieces and nephews.

Nada was laid to rest in a private graveside service on Wednesday, April 7, 2021. A Celebration of Life is planned for July 2021, pending further Covid-19 restrictions.