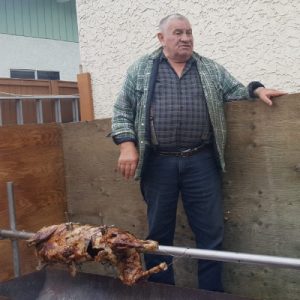 Stjepan “Steve” Pavicic passed away suddenly at home on May 31, 2020 at the age of 73. He is survived by his loving wife of 31 years, Anka “Anna”; daughter Marjana Campbell (Ron Musfelt); sons Steve Pavicic and Petar Pavicic; and two grandchildren Jaiden and Logan Campbell.

In 1969, after finishing his four-year service in the Military as one of the top three marksmen in his division, Steve came to Canada. That same year, he started working in Prince Rupert, BC; he joined Union Local 1611 and worked various positions throughout his career as a blaster, driller, security, and supervisory roles. In 1988, he went back home for a vacation and met Anka “Anna”, fell immediately in love, and got married three months later. Then, Steve and Anna had their two sons, Steven and Petar, and their daughter Marjana. After the 1996 economic problem in Prince Rupert, Steve decided to pack up and move the family to Kelowna, BC and buy a home next door to his best friend Ivan Bandalo.

Over the years, Steve planted an orchard of plum trees and looked after his orchard with great care until the last day. He loved to smoke meat, make sausages, and make his own sauerkraut. He was an avid hunter and never missed one day of hunting season; we would often have to get him to stay home.

He will be missed greatly by his friends and family.

Due to covid-19 restrictions the funeral and mass will be a private function and RSVP only, thank you. If you wish to send a condolence, post photos or share a memory, please scroll down the page to the area called “Condolences”.