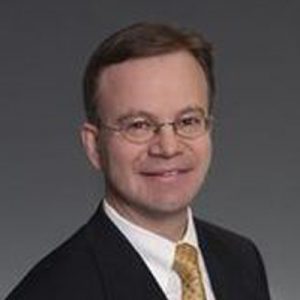 “Sadly missed along life’s way, quietly remembered every day….
No longer in our life to share, but in our hearts, you’re always there”

Blair John Paynton, 60, of Kelowna B.C. passed away peacefully at Kelowna Hospice House on Sunday, March 1, 2020, after a heroic battle with brain cancer.

Blair was born on January 4, 1960, to Ralph and Jacquie Paynton (née Hesketh) in Salmon Arm, B.C. His early youth was spent on the family’s dairy farm in the Silver Creek valley, with his siblings, Dwayne, Corrie, and Pat.

At the age of 8, his family moved to North Broadview in Salmon Arm. Blair always remembered fondly his family’s camping trips, cruising Shuswap Lake on the family’s houseboat in the summer months, and playing hockey and skiing in the winter months. Motorcycles and cars were his passions.  Through helping and watching his Dad, Ralph, Blair learned he could tackle any project he set his mind to whether it was creating and building something from scratch or making modifications or improvements to what he had. This confidence to try anything would carry through Blair’s youth and throughout his life.

After graduating from Salmon Arm Senior Secondary in 1978, he met his wife, Derry (née Beacham) and they began dating in February of 1979.  Blair’s ambition at that time was to become a CGA.  He enrolled in the CGA program and moved to Edmonton, Alberta, in the fall of 1979.  He quickly moved up the ladder of the land development company he worked for to become Controller of the company at the young age of 21.

Eventually Blair moved back to B.C. and joined Weyerhaeuser’s land development division, Quadrant Developments, to become Assistant Controller for the company in 1986.  He left Weyerhaeuser in 1987 to work as a financial analyst for the B.C. Enterprise Corporation. Blair and Derry were married in 1987 and their first son, Scott, was born the following year. In 1990 they were blessed with another son, Craig.

In April of 1990, Blair, Derry, and their boys made the move to Kelowna.  Blair worked for a time for Confederation Life and in 1992 became a stockbroker and joined Odlum Brown.  In 1996, Blair and two other brokers opened the TD Evergreen office in Kelowna. Blair genuinely cared for his clients over the years and took a personal interest in their lives and families.  After 26 years as a wealth manager, Blair retired in 2018.  Throughout those years and the market’s ups and downs, Blair always maintained a positive outlook, aided by the many projects he worked on in his free time that allowed him to find a healthy balance in his life.

No matter what he was doing, Blair was a force of nature, determined to provide for his family and give them the life he felt they deserved. His family meant more to him than anything else in the world. Camping, travelling, spending time on their boat on Okanagan and Shuswap Lakes, dirt biking, and supporting his sons as the quintessential hockey Dad (Scott) and horse show Dad (Craig).  He was unendingly proud of his sons.  As the boys grew older, Blair loved a vigorous game of tennis with Craig or to sit and have a good ‘tech talk’ with Scott.

Retirement brought a new focus to the forefront, that of developing a number of products he had invented in his free time. In the mid 1980s, Blair discovered he had a natural affinity for computer programming.  He created a computer software program for land development use in 1989 so it was no surprise that after Blair retired he would create a new program: “Securetone” which he was actively preparing to market at the time of his cancer diagnosis.

Blair met the challenges of his illness with incredible willpower and a positive attitude that was remarkable. Blair’s strength gave his family strength through the example he set.  He never lost his sense of humour or his determination.

Integrity was Blair’s middle name.  He worked hard but understood that balance was important too. He had a quiet demeanour that exuded confidence. Naturally athletic he was a competitive opponent whether on the golf course or a tennis court.  He loved the outdoors, his daily walks (accompanied by his dog and best friend, Harley, for many years), and was an avid sports fan.

Blair was predeceased by his father, Ralph.  He is survived by his lifelong partner of 32 years, Derry, his mother Jacquie, his brother Dwayne (Debbie), sisters Corrie (Doug), and Pat (Dietmar), and numerous nieces, nephews, cousins, aunts and uncles.  Devoted father to Scott (Brittany) and Craig (Kate); proud grandfather to Craig and Kate’s daughter, Alexis, Blair will be deeply and forever missed.

In lieu of flowers, donations may be made to the Brian Tumour Foundation of Canada, www.braintumour.ca

A celebration of Blair’s life will be held this summer. Date, time, and location to be announced.  If you wish to send a condolence, post photos or share a memory, please scroll down the page to the area called “Condolences”.

“The true meaning of life is to plant trees, under whose shade you do not expect to sit”
~ Nelson Henderson