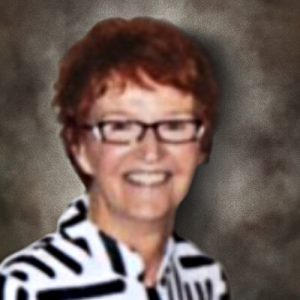 She was born in South Hampton, England on August 1, 1926 while her parents were in transit emigrating from Russia to Canada.  Her parents continued into Western Canada, where they took up farming and eventually settled in Rosemary, Alberta. Frieda lived in Rosemary until she finished school, when she moved to various other Canadian cities seeking work.  She then took a secretarial course and worked in offices until her retirement.  She moved to Kelowna as caretaker for our mother after the death of our father.  After the upkeep and maintenance of her apartment was too much for her, she became a resident at Cottonwoods Care Home, where she was well taken care of until her death.

Frieda was predeceased by her parents, her brothers George and Arthur, and her sisters Alice and Irma.  Left to mourn is her sister Eva, and friend Lora, as well as many loving and attentive nieces and nephews.

We are very thankful for the compassionate care she received at Cottonwoods.  Also, many thanks to her long time friend Darlene who continued to visit her in Cottonwoods and satisfied her hamburger craving.

Since travelling to Kelowna is not advised now, there will be no service.  As requested by Frieda, she will join her parents in the Kelowna Memorial Park Cemetery.

In lieu of flowers, please make a donation to any wildlife rescue facility or charity of your choice.