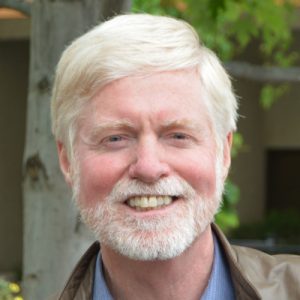 After a difficult year of cascading health challenges, David passed on to his next chapter shortly after 7:00 pm on January 7, 2021. Steadfastly at his side throughout this journey was his beloved Patricia. David has left this world a better place.

Always ready with a beautiful smile that would light up a room, David was known for his quick wit and humourous take on all that life had to offer, both the mundane and the sublime. Although being realistic about life’s challenges, he invariably chose a positive attitude in addressing them.

David possessed a keen inquiring intellect that he applied to a wide range of interests from politics, science, technology and medicine, to cooking, home renovations, and so on. Notably, David become very knowledgeable about his medical condition and was able to articulately express his informed opinions. Research was his forte, reading was a joy and music was a love. He was an excellent chef.

David enjoyed talking with everybody about anything, be that with the neighbour down the street, the neighbour’s little grandson, a university professor, the house painter, a loving aunt, the diplomat in Ottawa or the guy in a Mexican park wanting to learn some English. Although he relished intellectual discourse, David had little patience with pretentiousness. And, “nerd” was always a honourable four letter word. With David’s great cuisine as a backdrop, long evenings at the dinner table with family and friends always involved thoughtful and interesting discussions. Of course, the more laughter, the better.

Staff at Hospice House where David stayed after Christmas saw him as a real gentleman who never complained, no matter the difficulty of his situation. He maintained a positive attitude, exhibiting his trademark sense of humour right to the end.  And, he always said thank you.

David was born in Montreal on September 22, 1950 to Roberta (Bobbie) and Richard Perron, eventually becoming the eldest of five boys. After moving to Calgary with his family, he enrolled at the University of Calgary with a major in Computing Science. At that time it took a room full of computers to match the computing power of today’s desktop PC.

Post university, David moved to Edmonton for work where he met Patricia, who had just returned from a year of backpacking in Europe. The friendship blossomed over a mutual love of learning, exploration, nature, music, books, good food and so much more. Subsequently, Patricia joined David in a move to Ottawa where he was hired by Computel, the first ever Canadian company to provide computer programming and services. In 1983, after a short stint at Honeywell, David formed his own computer management company. During the ensuing 22 years the company provided a suite of services including the design, installation, upgrading and management of computer systems. Clients included a number of departments within the Government of Canada (working at Defence with the Y2K experience!), the BBC and the Government of Sweden. Blessed with excellent employees, it was a successful and satisfying enterprise.

Meanwhile, Patricia was enjoying a long enriching career in public education. In the summer she would join David in Europe for road tours. They caught the travel bug and David caught the writing bug, sending home entertaining descriptions of their adventures. Retirement in 2005 meant that lengthy trips were now possible across Canada, the U.S., the Far East, Latin America and South America, with many visits to their beloved Mexico. Such fun!

Freed up time also allowed for extensive renovations to be done at their “little piece of paradise”, a cottage close to Tremblant in Quebec. Of course, David did much of the design, all of the research, and a good deal of the grunt work along with Patricia. What a wonderful gathering place it became for family and friends. True to form, David became quite involved in the lake community, as well as the neighbourhood community association in Ottawa, culminating in his being president for four years. He was always ready to help.

Then in 2009 came that fateful family reunion in Penticton. It was love at first sight. By 2011 David and Patricia had moved from Ottawa to their sunny new home in West Kelowna. Again David had a strong hand in the design and build of their home and its landscape. Involvement soon followed with David joining the Strata Council in their retirement community and both initiating the Perron Kully Fresh Start Fund in 2014 through the Foundation at Okanagan College. The fund provides financial help for recent immigrants and others who wish to upgrade their skills in order to pursue their dreams.

By 2018 David immersed himself in an exciting new pursuit – the building of small robots from kits. With the help of an international community of fellow enthusiasts, he completed three. Of course, each of the robots immediately required enhancements, which in turn necessitated the building of a 3D printer, again by kit. All was chronicled in hilarious blogs sent to family and friends from Dr. Roboto, as David called himself, in this endeavour.

In addition to his spouse, Patricia Kully, David is survived by his brothers Steven (Deb), Mark (Patti), Scott (Cindy), Bruce (Ivy), stepbrother Marshall Edge (Kris) and stepmother Anne Perron, all of either Alberta or Ontario. Besides his parents, he is also predeceased by a number of very close friends and relatives. David will be deeply missed by cherished family and friends from right across Canada, California, Colorado and England. A profound thank-you goes out to all who gave unending support to both David and Patricia, especially over this past year. We love you, always have.

Besides David’s family doctor, staff throughout Kelowna General Hospital (KGH), Hospice House and the Cancer Center, including his oncologist, are to be lauded for their compassionate care. Lastly, much appreciation goes out to a number of other professionals, many who have became good friends and have been there for David and Patricia throughout.

Finally, David wishes us to stay positive, remembering to tell the ones we care about that they are loved. Don’t wait. And, always say thank you.

Patricia, his partner in both life and love for almost 48 years, promised David that she would continue his legacy of gratitude and positivity, emphasizing what has been given rather than what has been lost.

A celebration of David’s life will take place at a later date. Those who would like to leave a memorial gift in his honour might consider the Perron Kully Fresh Start Fund through the Okanagan College Foundation, the Central Okanagan Hospice House through the Kelowna General Hospital (KGH) Foundation or the Cancer Center at KGH through the BC Cancer Society.

Send Condolences
Send Flowers or a Sympathy Card
Fresh Start Fund through the Okanagan College Foundation, the Central Okanagan Hospice House through the Kelowna General Hospital (KGH) Foundation or the Cancer Center at KGH through the BC Cancer Society. Link: www.okanagan.bc.ca/OC-Foundation, hospicehousekelowna.com, www.bccancer.bc.ca/our-services/centres-clinics/bc-cancer%E2%80%93kelowna