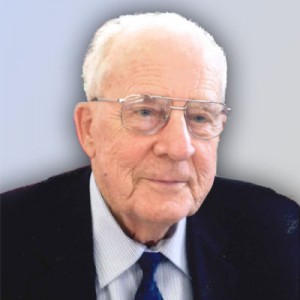 In loving memory of Jack, who was born and raised in the Hullcar District of Armstrong, BC.  After finishing school, Jack worked on the McKechnie farm until 1946.  Jack spent 65 years as a Christian minister sharing the Gospel story and ministering in BC, Alberta, Saskatchewan, Manitoba, Montana and Wyoming with many overseas visits.  In 2010 Jack came to Kelowna, BC, where he ministered for one more year and then was in care of health until his peaceful passing on March 28th.  He was surrounded by several nieces and nephews.  Jack is predeceased by his parents Ewart and Mabel Price, seven siblings; Triss (Graham), Enid, Ron, Kitsy (Kofoed), Dave, Harry and Shay (Cobb) and three nephews; Terry Graham, Andrew Graham and Pete Price.  Left behind with precious memories to cherish are Jack’s fellow ministers and friends worldwide, sisters Em and Edna who reside in Kelowna and many nieces and nephews.  A Funeral Service will be held in the Hassen Memorial Arena, Armstrong, BC on Friday, April 10th at 11:00 am, with interment to follow in the Hullcar Cemetery on Hullcar Road, Armstrong, BC.  If you wish to send a condolence, post photos or share a memory, please scroll down the page to the area called “Share Your Condolences.”


The service for PRICE, Jack Heygate is scheduled for Friday, April 10, 2015 at 11:00 am. Below you will find the map for the service location and the contact information should you have any questions.