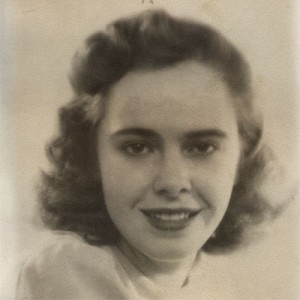 Our beloved wife, mother, sister and grandmother Margaret Reesor passed away peacefully on March 2, 2012, with her family at her side.

She will be deeply missed by her loving husband of 67 years, Brian, her son David (Pam) of Calgary, daughter Kathy (Dave) of Vernon, sister Shirley (Ed) and brother Jim (Gail), and grandchildren Lisa, Colin (Courtney), Tarah, Brandi (Brian), and Brianne (Chris). She was predeceased by her brother Hugh, her sister-in-law Marilyn and daughter-in-law Aenid.

Margaret was born in Cabri, Saskatchewan, to Hugh and Ella Hamilton in 1924 and married Brian in 1945. They lived a rich life full of interesting experiences and many dear friends. Brian’s career took them to Alberta for many years, then to London, England, Montreal, Kingston and Ottawa, before they finally retired in Kelowna. Throughout many moves, she always managed to create a warm, welcoming home for family and friends. In Kelowna, they created a close social circle of friends for bridge, parties and golfing weekends.

In her prairie days, Margaret was a lover of nature, of the dawn chorus in the spring, and of finding small nests tucked into the prairie grasses. She and Brian loved fishing in the Cypress Hills in Alberta and many great family holidays were spent together there. Their cottage during their Ottawa years was a special place for them and they had many good times there with friends, kids and grandkids and the family dog Sheba. In later years, they had holidays in Europe, Arizona and the Bahamas.

Margaret loved beautiful music and good books and played the piano effortlessly. She was an avid collector of antique silver and furniture and filled our home with her finds. She was an excellent bridge player, and in her short working career, an art saleswoman who consistently broke all previous sales records. Later, she became an accomplished hostess and gourmet cook, who could make large dinner parties look easy. She always rooted for the underdog, and was a tireless volunteer, especially for the Cancer Society.

She will forever be remembered lovingly by all her family.

Donations in Margaret’s memory may be made to the Canadian Cancer Society, 202-1835 Gordon Drive, Kelowna, BC V1Y 3H5.