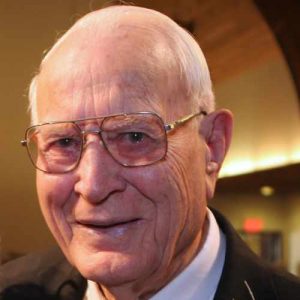 Passed away in the Kelowna General Hospital at the age of 101.

Harold Reimche was born in Fox Valley Saskatchewan to Philip and Magdalena Reimche. The family later moved to Alberta and then to Rutland, BC. This is where Harold decided to attend college in Alberta. He graduated from Canadian Union College (now Burman University) with a degree in Theology in 1947.

He married Mary Penner and they began their ministry in Alberta. From there the family moved to Ontario, British Columbia, New York, Maryland, and finally back to BC where he retired back in Kelowna.

The family would like to thank Sun Pointe Village and his niece Twyla Gimbel for their wonderful support and care for Harold these past couple of years.

He’ll be laid to rest at a private family graveside service at the Kelowna Memorial Park Cemetery in Kelowna B.C.