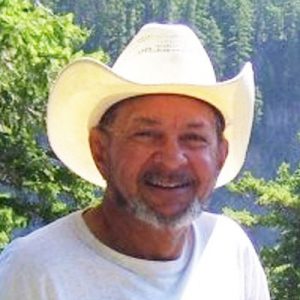 Jon Rescorla, a man who gave seemingly impossible opportunities to those challenged with physical disabilities, succumbed to his personal challenge with ALS, August 27, 2018 at the age of 71.

Jon is predeceased by his nephew Paul (Junior) Rescorla, and his father and mother Harold Edwin and Mazamova Zenith Rescorla.

Jon was born on June 30, 1947, in Kingston, Ontario. He grew up on the family farm where he developed his love of the outdoors and animals. Upon finishing high school, Jon moved to Ottawa where he attended and graduated from the Algonquin College in Mechanical Drafting (Electronics). The pinnacle of Jon’s technical achievements was his role with Texas Instruments, where he was influential in designing the world’s first-ever digital watch, a feat of which he was forever proud.

Soon after graduating, Jon married Trish and they were blessed with a daughter and a son, Daphne and Christopher who were raised in Ottawa where Jon coached little league baseball and taught the children to ski.

The rugged mountains of the Pacific West Coast pulled Jon and his family and their cat Tigger on a two-month cross country tenting adventure, finally arriving at Trish’s hometown, Vancouver, BC, where Jon pursued his love of skiing, hiking and trail blazing.

Jon was always rooting for the underdog, and this proclivity shone with his volunteer work, starting with OWL (Orphaned Wildlife Rehabilitation Society), where he rescued and rehabilitated injured owls, hawks, and eagles. Further, he constructed an aviary in his back yard, housing over 100 rescued pet birds, which he lovingly gave a second chance at life. Jon was known to jump from his car and dodge highway traffic to grab road kill for food for his birds. This must have caused a great deal of consternation from the drivers forced to veer out of his way.

Jon was an avid hiker, and this led him to a great love of hiking trails, and as with everything, he took this beyond simply walking on them. He created, marked and mapped trails throughout the Okanagan. He was a trail encyclopedia, knowing the lengths, directions, elevations, difficulty, and history of hundreds of trails, and he happily shared this information with all he met, with a twinkle in his eye.

Jon moved to Kelowna where he met Dorothy, and they exchanged and shared their loves, his for skiing and hers for horses. They purchased a home in the mountains, close to Big White, bringing together their horses, pets, love of the outdoors, and most importantly, Dorothy’s daughter, Sandra. Sandra considered Jon to be her father, and he raised her as his own.

Upon moving to Kelowna, BC, Jon founded Powder Hounds, pulling together a dedicated team of volunteers who designed, constructed, and purchased ski apparatus for disabled people, and spent hours on the slopes of Big White, giving happy children the opportunity to ski for the first time in their lives.

Jon was diagnosed with ALS in January of 2016. Though he rapidly lost the use of his arms he lived his life as fully as possible with quiet strength and grace.

Jon will be missed by all who knew him.

A Memorial Service will be held Saturday, September 8, 2018 at 1:00 pm at Springfield Funeral Home, 2020 Springfield Rd, Kelowna, BC. In lieu of flowers, memorial donations can be made to Powder Hounds – People in Motion www.pimbc.ca.

Jon would like you to be relaxed at his memorial service so we encourage you to dress in comfortable attire including blue jeans, cowboy hats and boots.


The service for RESCORLA, Jonathan Douglas is scheduled for Saturday, September 8, 2018 at 1:00 pm . Below you will find the map for the service location and the contact information should you have any questions.

Jon would like you to be relaxed at his memorial service so we encourage you to dress in comfortable attire including blue jeans, cowboy hats and boots.