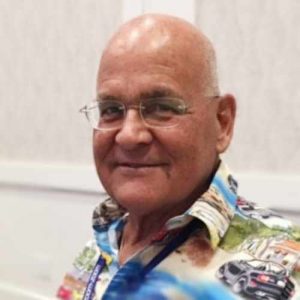 After a courageous 20-year battle with neuroendocrine cancer, Al Rich peacefully passed away, on November 6, 2021, at the age of 71, in Kelowna, BC.

Al’s memory will be lovingly remembered: by his soulmate and wife of 38 years, Beverly Rich; his daughters Megan and Tennille (Serge), grandchildren McKenna, Adrienne, Evynn, and Jenson; his sister June; his brothers- and sisters-in-law Marlene (Stan), Mike (Debbie), Alan & his partner Debbie, Liz (Larry), and Theresa & her partner Paul; and numerous nieces and nephews and their families. Al was forever grateful for Bev’s side of the family as they welcomed him into their lives and hearts. Al was predeceased by his parents, Dorothy & Clarence; his sister Dorothy; mother-in-law Helen; sister-in-law Eileen (Arthur); brothers-in-law Dave and Barry; and special Auntie Marie.

Born January 21, 1950, Al was the youngest of three children, raised in River Heights, Winnipeg, Manitoba. In his early teens, Al started working with his “Father” in the family-owned bakery on Corydon Ave. Al’s “real” career spanned over 35 years in the sheet metal fabrication industry, where he was well respected and formed many lifelong friendships.

In 1983, while on a bus/ski trip in Thunder Bay, Al met his future bride, Bev. Their adventures together led to their love of travelling, including Europe; Mallorca, Spain; Mexico; and the Caribbean. They cherished summers at their lake-front cottage on Barrier Bay in Whiteshell Park, where boating and fishing became a fond pastime.

Al’s love of cats knew no bounds; this love was not restricted to only his cat Vinny. Every cat that he encountered sensed his soft touch and affection.

Al and Bev retired to Kelowna, BC, in 2008. They were drawn to the Okanagan by the sun, water, and mild winters. They enjoyed retired life amongst the beautiful landscape of vineyards and orchards. Cherries and peaches were Al’s favourite fruits. Al and Bev were pleased to take visiting family and friends on wine tours and picnics.

ver the course of 25 years, Al owned three different Miata cars, all three flaming red. He loved cars! A true Miata fan. Al and Bev became members of the Okanagan Valley Miata Car Club. For 9 summers they travelled to Oregon in a caravan with their friends to attend the annual Explore Oregon Rally. Watching NASCAR was a beloved pastime for Al.

Special thanks to Dr. McCloskey for directing Al to specialists, and to Dr. Khoo for managing his cancer and always coming up with alternative plans at the appropriate time. Also, thank you to the Kelowna Cancer Centre and their wonderful staff for their caring and constant follow-up.

Al’s wish was for cremation and no service. For those who wish to honour and remember Al, consider a donation to the BC Cancer Agency – Sindi Ahluwalia Hawkins Centre for the Southern Interior. To make a donation “In Memory of Allan Rich” please call 250-712-3921 or mail to BC Cancer Foundation at 339 Royal Ave, Kelowna, BC, V1Y 5L3.