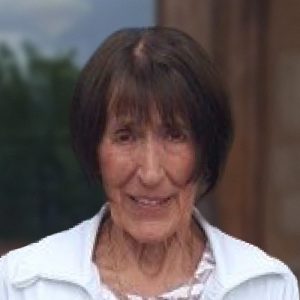 On March 15, 2021, the world lost the wonderful soul of Doreen “Dee Dee” Richardson who passed away peacefully at the age of 86 years.

Dee Dee was born in Moose Jaw, Saskatchewan on November 21, 1934, to immigrant parents – her mother Lena from Poland and her father John from Romania. She was raised with her three sisters: Mary, Anne, and Pauline “Polly”.  Dee Dee was the star basketball player for the Boogie Bouncers in Moose Jaw and led her team to the championship.

Doreen moved to Regina, SK, met and married Ivor Richardson, and together they had four children: Sandra, Sherry, Lisa, and Michael, whom she eventually raised on her own.

She started her career in administration at White Truck and in the following years worked for Smith Brothers and Wilson General Contracting in Regina. Dee Dee volunteered with the Regina Optimist Swimming Club and attended and cheered for her daughters Sandra, Sherry and Lisa during their swimming careers for over 15 years.  After her children all finished post-secondary education, Dee Dee moved to Edmonton, Alberta for a brief period of three years where she worked for AGT Telecom.  In 1993, Dee Dee moved to Kelowna to retire.  She loved going for long walks, especially along the lake where she had time to think.  She was a deep, introspective person and passionate about current affairs of which she was always aware.  If the sun was shining, you would often find her sunbathing in her bikini. She dressed classy and always looked her best when going out.  Dee Dee loved Christmas baking and the smells of her kitchen and the special things she made will all be greatly missed.  Our mother always put her family first and kept in touch daily with her sisters of whom she shared a very special bond.  She is grandmother to Brandon, Lindsay, Taylor, Austin, Derek, and Geneva and great-grandmother to Griffin and Nixon. Dee Dee is known to be an extremely strong-willed and determined lady, and she believed that failure and quitting was never an option; not for her or for anyone around her, and she raised four strong children. She called it the way she saw it and in her eyes it was either black or white.  Dee Dee was no-nonsense.  Mom “Dee Dee” will be sadly missed by her family and her friends.

The family would like to extend a special thank-you to Dr. P. Hart for all the care he has given Dee Dee over the course of 25 years.

Doreen is survived by her children Sandra (George), Sherry (Neil), Lisa (Rick) and Michael; her grandchildren Brandon (Tiffany), Lindsay (Tyler), Taylor (Sterling), Austin, Derek, Geneva (Miles); and her great-grandchildren Griffin and Nixon; as well as her sisters Mary, Anne and Pauline.  She was predeceased by her parents John and Lena.