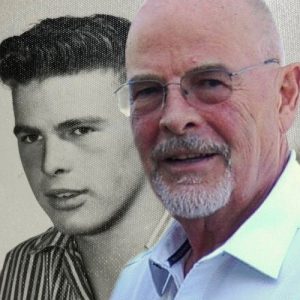 It is with heavy hearts that we announce the passing of Bill Roberts on April 3, 2022, at Kelowna Hospice surrounded by family after a brief, courageous battle with cancer.

Born at St. Paul’s hospital to Elizabeth and William, and joined soon after by Brian, the four enjoyed their early family life on BC’s coastal waters, fishing and swimming on boats built by their father, most notably the Hi Dad. From a young age, Bill was passionate about all sports, but ultimately excelled at soccer and boxing. Outside of sport, Bill’s focus was on becoming a veterinarian, until one afternoon when he attended an RCMP recruitment event. A decision that would shape the rest of his life. The first 18 years of his career were spent in small towns across Manitoba, before being posted in Kenora, Ontario in 1979. Transferring to the west coast in 1984, Bill would spend the next 12 years in Burnaby, BC and North Vancouver, BC. Before retiring, he served six life-changing months as a United Nations Peacekeeper during the Yugoslav Wars.

On the prairies, Bill learned to fly small craft airplanes, hunt, fish, and curl, and there was never a dull moment. Back in BC, his love for the outdoors continued. There were many fishing and golfing trips with the boys, and many years skiing and cycling at Whistler. Whistler memories always came back to volunteering at World Cup with the Weasel Workers. A love story was also born out of Whistler, Bill and Kathleen. The two married in 1996, then moved to Livermore, California where they shared a wonderful life in Wine Country. This is where Bill, in his retirement, really honed his golf game, cooking skills, and the art of the perfect martini.

In 2005 Bill moved to Kelowna, BC and settled in Quail Ridge. Here he formed many relationships through golf at the OGC and playing bridge with a regular group. We’ll always remember him shooting his age at 65 on the Bear and the numerous ‘sand-bagger’ awards he amassed. Over these years, many of his Okanagan and Vancouver friends spent time together in Phoenix during the winter months. The final chapter included one more love story, Bill and Becky. The two met on a cruise in the Baltic Sea, and it was clear from the get-go they wanted to spend the rest of their days together. For eight years they shared their love, travelling the world over, from Kelowna to Phoenix and California, to Europe, Asia, Africa, and South America. A wonderful reminder that no one is ever too old to fall in love.

Throughout his life, Bill was a very proud, loyal and loving man. His family and friends meant the world to him. Nothing brought him more joy than everyone gathering around the kitchen, opening a bottle of vino, and enjoying one of his many culinary creations.

Dad, you may have lost your life, but your life will never be lost.

The family would like to thank the Kelowna General Hospital staff on 4 West, the Palliative Care Nurses, and Hospice House Kelowna for their hard work and compassion during Bill’s fight.

In Memory of Bill, please consider making a donation to the BC Cancer Foundation.

Location
THE CATHEDRAL CHURCH OF ST MICHAEL & ALL ANGELS


The service for ROBERTS, William Gordon is scheduled for SATURDAY, MAY 7, 2022, AT 1:00 PM,. Below you will find the map for the service location and the contact information should you have any questions.

THE CATHEDRAL CHURCH OF ST MICHAEL & ALL ANGELS