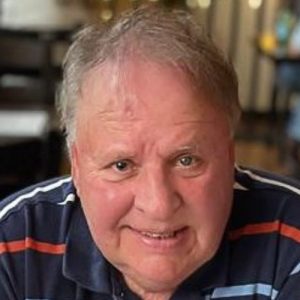 The family of Charles “Chuck” Sales is deeply saddened to announce his passing at the age of 69.  Chuck was surrounded by his family at the Hospice House in Kelowna. He is survived by Rachel, his wife of 52 years; his children, Dustin (Kristine), Chad (Kiley), Crystal, and Chris Wood (like a son); and his grandchildren, Brennan, Haley, Tré, Ashley, Emily, Nyomi, Alyssa, and Brett; as well as his siblings, John (Connie), Bob (Marj), Marilyn (Pat), Donnie (Lynda), Shirley (Tim), Dave (Jamie), and his sister-in-law Debbie; his numerous nieces and nephews; and his extended family. He was predeceased by his son, Darren; parents, Don and Eula; and his brother, Rick.

Being from an entrepreneurial family, Chuck was introduced to the family logging business in his teens.  He also had many businesses in Quesnel, BC, over the years and remained a well-known and respected face in the community throughout his life.

Chuck valued spending time with his children and grandchildren, especially through their mutual love for sport. He had a big heart and a loving nature, and he always put his family first. He will be greatly missed.

The family would like to thank the Doctors and staff at G.R. Baker Memorial Hospital and the Hospice House in Kelowna for their care and support.

In lieu of flowers, donations may be made to the Canadian CJD Association.


The service for SALES, Charles Thomas is scheduled for Saturday, January 28, 2023, at 2:00 pm. Below you will find the map for the service location and the contact information should you have any questions.