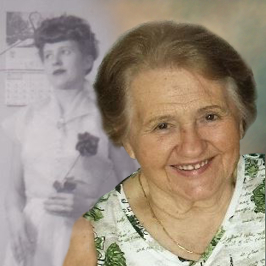 Susan Schalm, loving wife, mother and homemaker, passed away peacefully at hospice on Saturday, September 5, 2020, in Kelowna, BC. She was surrounded by family and enjoying an outing in the lovely hospice gardens at the moment of her sudden passage. Susan was 86.

Susan was born in Kleinlomnitz, Slovakia in 1934. She immigrated to Canada in 1951 at the age of 17, and was later married to her lifelong partner, Erwin Schalm on November 12, 1955. Susan and Erwin began their journey together in Kelowna, BC where they raised a family and resided for the entirety of their marriage.

Susan will be fondly remembered for her kind and unassuming nature, her devotion to family, and for her beautiful open heart. Her grace and caring was an inspiration to all that came to know her. In particular, Susan was an avid gardener and was well known by her neighbors and friends for her beautiful flowers. Thus, it is fitting that she was surrounded by nature in her final moments.

Memorial donations may be given to the Central Okanagan Hospice Association hospicecoha.org or the Kelowna Hospice House, hospicehousekelowna.com. The family of Susan Schalm wish to thank Dr. Rachel Carver as well as the caring and professional staff at Kelowna Hospice for making her final weeks comfortable.