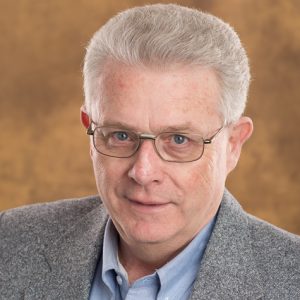 Fred, age 73, passed away on July 12, 2020. He leaves behind his loving wife, Maria; his daughters Kim (Jeremy) Patterson and Heather (Patrick) O’Donovan; his son Mike (Sarah Huska); and his grandchildren Findlay and Everleigh Patterson, Ginger and Bailey Shearlaw, and Riley and Liam O’Donovan. He will also be remembered by his cousins, mother-in-law Elvira (who will miss him deeply, as he was always such a big help to her); his brothers- and sisters-in-law; and nieces and nephews. He was sadly predeceased by his father, Norman, his mother, Marie, and his sister Linda.

Born in Drumheller, AB, Fred grew up living above the family-owned local butcher shop in Three Hills, AB.  At the age of 20, he started his 40-year career working at The Royal Bank.  He worked with the bank in various towns and cities around Alberta and British Columbia. When he was transferred to Cranbrook, BC in 1968, he met the love of his life, Maria, while she too was working for the bank. They were married on September 5, 1970 (this year would have been their 50th anniversary).  He enjoyed spending time with family and the many friends he and Maria made over the years as they moved from place to place. He was an avid gardener and junior hockey fan. He and Maria were Kelowna Rockets season ticket holders.

The family would like to extend a special thanks for the kind and compassionate care Fred received at both Central Okanagan Hospice House and Kelowna General Hospital.  A Graveside Service will be held to honour Fred.  Due to the current pandemic restrictions, the service will be by invitation. In lieu of flowers, donations may be made to the KGH Foundation – Central Okanagan Hospice House, hospicehousekelowna.com, or BC Cancer Foundation, bccancerfoundation.com.