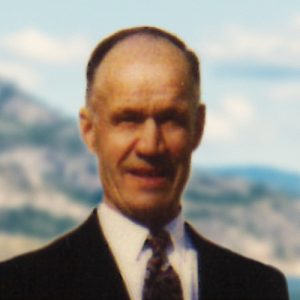 Peacefully, on May 20, 2021, his 90th birthday, our beloved husband, father, grandfather, and friend, Nick Shepel, passed away at Kelowna Hospice. He will be lovingly remembered by his wife (Maria); daughters Mary, Christina, and Susan (George); and grandchildren Kaitlin and Nicholas; his brother Steve; and family and friends around the world.

Nick was predeceased by his son (Nicholas), his parents, one sister and two brothers. Nick was born in the Ukraine on May 20, 1931. At a young age, he survived the Holodomor (famine) from 1931-1933 imposed by the Stalin regime. In 1939, at the outbreak of the Second World War, Nick was taken with his family from Ukraine and forced to work in German labour camps. In 1945, at the War’s end, he and his family were sent to a labour-turned refugee camp. In 1949, with a renewed hope for a better life in Canada, Nick’s family accepted the Canadian government’s two-year contract to work on a sugar beet farm in Portage La Prairie. In 1951, Nick moved to Charleswood, Winnipeg and was employed by CN Railway as a railway worker. Within several years Nick was able to purchase land in Portage La Prairie. With a tremendous amount of physical labour, the land was cleared and a homestead was created. Nick married Evelyn, and together they raised four children who learned the value of hard work and perseverance. Nick truly enjoyed farming and the fruits of his labour.

In 1996, Nick retired, sold his farm and moved to Kelowna. He continued with his love for gardening in his large backyard and enjoyed having fruit and walnut trees to care for. Nick eventually got remarried to Maria, and together, they spent many years working in their garden and enjoying their fresh produce.

The family would like to extend a sincere thank you for the compassionate care at Kelowna Hospice in the last days of Nick’s life.