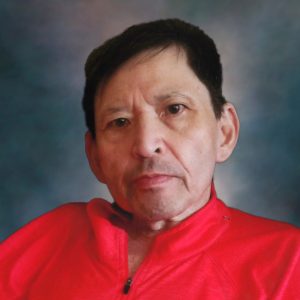 Garry Shiosaki passed away peacefully on October 22, 2022 at the Brookhaven Care Centre in West Kelowna, BC.  He was 65 years old.

He attended Selkirk College in Nelson, BC in 1977/78 studying pre-apprentice Heavy Duty Mechanics.

He was a volunteer fireman for the Elkford Fire Department from 1988 through 2012, and a Mine Rescue Member for Fording River Operations from 1988 – 2012.

Garry loved fishing the Elk and Fording Rivers with buddies Russ and Daryl, as well as Koocanusa Lake with buddies Dale, Blair, Dave,Terry, and Doug, and Okanagan and Woods Lakes with brothers Brian and Ron and cousin Rick, and the Shuswap with brother Brian and Uncle Camillo.  He hunted in the Elk Valley with buddy Pete.  Lots of wonderful memories of camping at Lake Koocanusa with long time Elkford friends Hascarls, Huciks, Roberts, Kliments, Tanners, Walshes and Hills. He was always there for friends, family and strangers and would give the shirt off his back to help.  He enjoyed working on cars, trucks, and boats – anything with a motor.  He loved sports and played fastball, slowpitch, golf, bowling, and enjoyed hiking and walking.  A die-hard Vancouver Canucks fan, he had recently become a Seattle Kraken fan.

Special thank you to Brookhaven Staff who became our extended family.  Thank you for your exceptional care of Garry.  Special shout-outs to the MacIntosh Unit staff and the Spartan Unit staff.  Thank you to Dr. David Whiting and staff – especially Angela.  And of course, many thanks to our wonderful family and friends.

A Celebration of Life will be held on Saturday, November 12, 2022, at 10:00 am, at Springfield Funeral Home, 2020 Springfield Road, Kelowna, BC. A reception will follow at the same venue.  If you are unable to attend in person, please join the family online by Livestream at the time of the service (see below), a recording will be made available to view shortly thereafter.

In lieu of flowers, donations may be made to the Alzeimer Society of BC, or a charity of your choice.

Send Condolences
Send Flowers, Sympathy Card or Comfort Meal
Alzeimer Society of BC or a Charity of Your Choice Link: www.alzheimer.ca/bc/


The service for SHIOSAKI, Garry is scheduled for Saturday, November 12, 2022, at 10:00 am. Below you will find the map for the service location and the contact information should you have any questions.