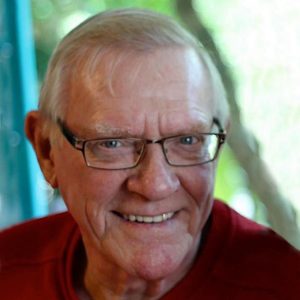 On Thursday, June 18, 2020, John McDermott Sinclair, loving husband, father, grandfather, and friend passed away at the age of 89 after a short decline in health. John was born in Innisfail, Alberta to Frances Irwin (née Bell) Sinclair and John Chambers Sinclair on October 24, 1930. He spent his childhood and youth in Vancouver, B.C. attending St. George’s School and then King Edward High School where he loved being a ‘jock’ and a valued member of the football team. At 18, John joined the Canadian Military as a young sapper and moved to Petawawa, Ontario where he met his lifelong friend Gene Tanner. It was Gene who introduced John to his future wife Doreen Lillian Tunnoch, and who served as his best man when John and Doreen were married on September 27, 1952. Together the couple raised two daughters, Lynn and Jo-Anne.

John spent 30 amazing years with the military, from youthful days mapping Canada’s north when surveying parties travelled by horseback and lived in tents, to hitting the books and studying for his command. After being commissioned from the ranks, John fully embraced the life of an officer and a gentleman. John and Doreen spent precious time on exchange in Bendigo, Australia with the Australian Army Survey Corps where they made many dear friends who remained part of their lives even after their return to Canada in 1978. The family settled in Regina, Saskatchewan to be near John’s brother Billy and his family, and both Doreen and John worked in the oil patch before finally retiring to Kelowna, B.C. in 1992.

John’s biggest passions in life were family and friends, and his actions were guided by loyalty and love. He was an inveterate hugger and hand squeezer, hoster of dinner parties, player of golf, watcher of football, reader of mysteries, admirer of military service and supporter of veterans, and appreciator of good tipples accompanied by lively discussion. John put loyalty to family, friends, and issues that were important to him above all else. He showed his family what love is and how to love, and he gave that love to the very end.

Doreen, Lynn, and Jo-Anne would like to extend their heartfelt appreciation to Dr. Grant Chamberlain, and the nurses, caregivers and support staff at Interior Health Central Okanagan Hospice House who over the past few weeks provided John with such wonderful care, and who were so kind to and supportive of the family during their vigil.

In lieu of flowers, donations would be deeply appreciated to the Royal Canadian Legion, www.legion.ca.