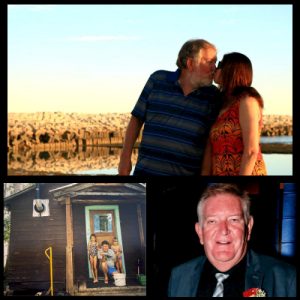 Michael Smith, 73, passed away on July 12, 2022, at Kelowna General Hospital, in Kelowna, BC. An electrician by trade, Michael was a manager at BC Hydro before he retired.

Born and raised in Durban, South Africa, Michael moved to Canada, when he was 28, with the love of his life and wife, Rhona Smith.  He loved his family deeply and was truly born to be a father.  A few years ago, he planned to surprise Rhona with a cruise; he was going to do a vow renewal for their 40th anniversary. After telling his kids about his plans, they screamed at him for wanting to tell her the day of the cruise departure. Rhona would have been livid about having to pack in a mere few hours. On his kid’s advice, he decided to tell her about the cruise the day before, and Rhona headed to the mall to shop for nice dresses and to get a haircut. While on the cruise, he still had a trick up his sleeve, he picked out a dress and surprised Rhona with the vow renewal.

A people-person, Michael made everyone feel like a friend that he’d known for years. His favourite thing was to tease people about things he knew they would be uptight about, and then he would reveal a shit-eating grin just when the person was about to blow. He also loved to chat, for hours, and his favourite topics of conversation were politics and history. Anytime someone could keep up with him politically or historically, he would offer the most interesting conversations, and you would definitely learn something.

Michael will be remembered by his family and friends.

The family would like to thank all his friends that kept in touch with him during the hardest months of his life, it truly made a difference.