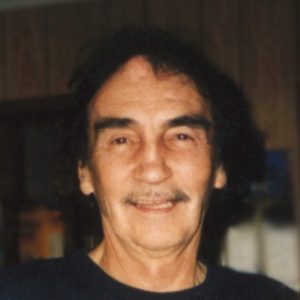 Bob Soundy passed peacefully with his daughter, Valerie, by his side in the ICU at Kelowna General Hospital in Kelowna, BC, on June 6, 2022.

Born in Cornwall, Ontario, Bob was the eldest of 6 children. He spent his formative years in Ontario, mainly Toronto, and the latter years of his life in beautiful Lillooet, British Columbia. Through the years he wore many hats: working in automotive work; a Fireman with the Toronto Fire Dept.; HR recruiter for Keith Bagg Personnel (yes, he wore suits!); and in later years, he had the job he loved most, Fire Warden for BC Forestry Service – working with the “Humble Fire Crew” out of Lillooet, BC.

Our Dad had many adventures in his life, he loved to scuba dive and travel. Growing up, us girls were lucky to travel with our parents to many places, such as Northern Ontario, and as far as Florida for Disney World and on a cruise to the Bahamas.

Our Dad is predeceased by his parents Leonard “Chappy” and Eva Soundy, and his brother John “Jack” Soundy.

Dad’s wishes were to be cremated, with no formal service. We will have a small ‘Celebration of Life’ and spread his ashes in and around the beautiful mountains surrounding his beloved Lillooet, BC, details will be determined at a later date.