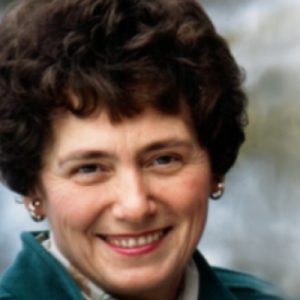 Marie / Mary Stahl (née Marquardt (Markwardt)) passed away on July 31, 2021, in the Kelowna General Hospital.  Marie was born the youngest of three daughters of Johann and Johanna Marquardt on January 9, 1934, in Leonow, Poland.  Towards the end of the war in August 1944, Marie along with her mother and sisters, Irene and Olga, were evacuated to Germany, with only 48 hours notice – they left their home with little more than the clothes on their backs via a horse and wagon.  They finally settled in Kappe in 1946 where Marie lived until 1952, she went to school and worked on farms.  Her sister Irene left Kappe in 1947 for Kiel, and Olga and Johanna stayed.

In 1952, Richard Stahl (whom Marie had met in a refugee camp) arranged for Marie, his sweetheart/schatzi to travel to Western Canada, where he had settled a year previously.  They continued their courtship and married in Summerland, BC in 1955.  They settled in Calgary, AB initially where Richard worked for Gulf Oil and Mary (as she became known) worked at Calgary Packers.  Successful investments in apartment buildings and hard work while raising a young family (Susan Carmen born 1965 and Raymond Richard born 1967) enabled them to retire early and move to Kelowna, BC in 1977, to live the dream on their lakeside residence and be close to Richard’s family in Summerland.  Mary and Richard were also blessed with four grandchildren.

Mary was predeceased by husband Richard (d. 2003) and daughter Susan (d. 2011) but is survived by her son Raymond in Calgary and grandchildren in White Rock, South Surrey, and Calgary.  Mary will be remembered as a kind soul, that made everyone feel welcome, comfortable, and well-fed in her home.  A wonderful mother and Oma, she will be missed by the many lives she touched.

There will be no funeral service at this time due to COVID-19, however her ashes will be interred alongside Richard’s at the Kelowna Memorial Park Cemetery.