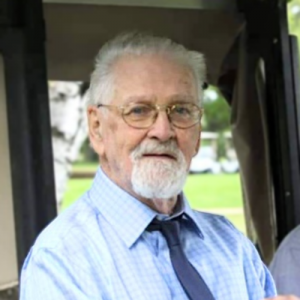 It is with deep sadness we share the news of the passing of our father, Stefan Leonard Stefansson.  Dad went to join his loving wife and youngest son on May 21, 2021, in Kelowna, B.C., at the age of 89

He is pre-deceased by his wife Barbara (nee Johnson), son Bruce, brothers Lawrence and Magnus and sisters Verna (Solmundson) and Marin (Powell).

Leonard was born January 3, 1932, in Winnipeg, Manitoba to S. Bjorgvin and Kristin Stefansson (nee Sigurdson) of Banning Street.  Although a tried-and-true Winnipegger dad lived in many places in Canada; Rouyn-Noranda, QC, Calgary, Alberta, Edmonton, Alberta, Vancouver, BC and finally landing in Kelowna, BC in the end.

Len and Barb were married September 25, 1954, welcoming first son Leonard in August 1955, son Kevin in February of 1958, daughter Signy in August of 1961, and sons Gordon in September 1962 and Bruce in November of 1965. Len enjoyed being a dad and often volunteered with his sons’ hockey teams or accompanied his kids on their assorted school camping trips; even obtaining his class 3 license so he could help drive the vehicle full of gear to camp. Len was an avid golfer for most of his adult life holding memberships at Elmhurst Golf and Country Club and later at Breezy Bend Golf and Country Club, both in Winnipeg.

Due to Covid restrictions, there will be no gathering until a later date