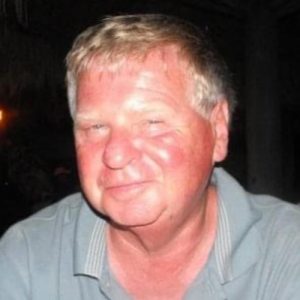 After a long challenging journey, Doug peacefully passed away on February 7, 2021 in Kelowna, BC.

He is survived by his loving wife, Gloria Stewart; daughters, Hailley Bruce and Brianne Stewart; son-in-law, Aaron Bruce and grandchildren, Aiden, Taylor, and Campbell Bruce. His memory will also be cherished by his sisters-in-law Janet, Cindy, Joan and Monika; brothers-in-law Steve, Gord and Brian; multiple nieces, nephews and their families; his brother John Stewart, as well as many long-time friends. He was predeceased by his parents David and Emily Stewart; his brother Neil Stewart and his parents-in-law Ray and Shirley Lawton.

Should family and friends desire, memorial donations may be made to the Heart and Stroke Foundation.