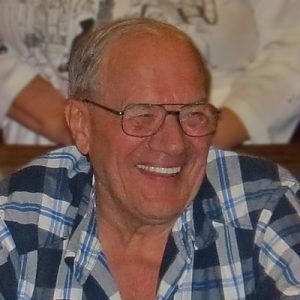 September 25, 1938 – January 3, 2021 It is with a heavy heart that the family of Ralph Struck announces his sudden passing at the age of 82 at his home in Kelowna, BC. Ralph is survived by his son Drew Lund and daughter Juanita Babb (Gerry). He is also survived by his sisters Viola Maas, Leona Mamczasz (Frank) and his youngest brother Lloyd Struck (Jane Player) along with many nieces and nephews. He was predeceased by his partner in life Erika Lund, his father, Norbert, his mother, Katherine (Katie), his brothers Larry, Johnny and very recently, Ray, and his brother-in-law Dick Maas.

Ralph started out life on the farm in Pilger, Saskatchewan area and moved on to spend some time in the army as a young man. He met and married Erika and together they had his son, Drew. They parted ways early on and after a time he met and married Agnes with whom he had his daughter, Juanita. As life would have it, they too separated and in a few short years, chance had him meet up again with Erika and Drew. They rekindled their relationship, lived in Edmonton for some years, then moved to Kelowna to enjoy the milder winters, where they stayed until Erika’s death in 2017.

Having a variety of jobs in his lifetime, from transport truck driver to commissionaire, one thing Ralph loved to do was tinker. He would tinker with just about anything and usually while whistling to his own tune. He was jolly and mischievous and loved to tease, which seems to be a family wide trait. He loved to fish and do a little travelling by driving along the west coast down into California. In his twilight years, Ralph discovered a passion for the family tree. He spent many hours researching and compiling the large number of names and relationships the newfound family members brought and found joy in talking to the people who made up all the branches of family history.

Ralph’s family would like to extend heartfelt thanks to the Springfield Funeral Home and their staff for the professionalism, compassion and uplifting care through this difficult and emotional journey.

In lieu of flowers, donations in memory may be made to the Heart and Stroke Foundation.

Due to COVID-19, a private family visitation has taken place with a plan to coordinate a Celebration of Life Memorial together with his brother, Ray’s family when it is safe for all to do so. Notification will be provided once details have been decided.

“You can find better than me, worse than me, but you’ll never find someone like me”