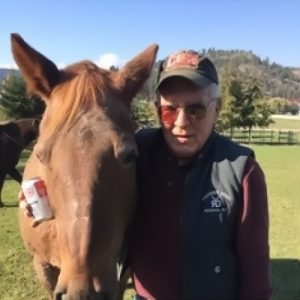 It is with great sadness that we announce Heaven has received another cowboy with the sudden, unexpected passing, at home, of Ron on December 7, 2021. He was born June 4, 1941, in Medicine Hat, AB.  Fond memories of growing up included playing for the Medicine Hat Tigers hockey team. Hockey, his passion, took him onwards to Peace River, AB, and ultimately Yellowknife, NWT, where he played hockey at the first Canada Winter Games in 1967. The stories of Senior and Old Timer Hockey in Yellowknife were unending.  After moving to Kelowna, working with horses and helping neighbors took him into his happy place.  All those who knew him knew that he loved to talk and that they would need an hour or two to visit. The Sulz heritage was very dear to Ron, thus there were many ‘old time’ conversations during cherished visits with family.

Heartfelt thanks to all the first responders for their efforts, unending support, and compassion.

There will be a Celebration of Life at a later date. No flowers by request, and in lieu, donations to JoeAnna’s House, or charity of your choice.