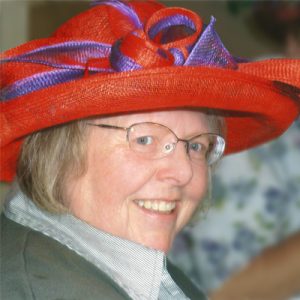 Sharon, aged 69, went to be with the Lord on March 8, at Hospice House in Kelowna, BC. She is survived by her mother, Patricia Swanson; her daughter, Nadene Swanson (Paul); her grandson, Nicholas Batt; and her sister, Jewel Swanson (Greg Smith). She also leaves behind her niece, Melissa Smith (Matthew Frederiksen); her nephew, Devin Smith (Danielle); her grandnieces, Alexandra Frederiksen and Desiree Smith; and her grandnephew, Dominic Smith. Sharon was predeceased by her father, Bert Swanson; her brother Wayne Swanson; and her stepbrother, Glen Swanson.

Sharon was born and raised in Calgary, AB where she completed school and went on to earn a Bachelor of Social Work from the University of Calgary. She became a Registered Social Worker in 1980 and was a dedicated and well-respected social worker in Child Protection Services in Alberta; in the North West Territories, where she moved in 1989; and in British Columbia.

Sharon was a loving daughter, sister, mother and grandmother. She loved her daughter, Nadene, and her grandson, Nicholas, unconditionally and was completely devoted to them. Sharon’s religious faith always sustained her. She faced her life with courage and conviction and always displayed determination, independence and a belief that she could maintain control in difficult times.

Sharon had a wicked sense of humor and was known for her sharp wit and tendency to tell things exactly as she saw them. She loved to entertain, enjoyed sewing and making crafts, was a fabulous baker and cook, always had one or more much-loved dogs in her life, and was an avid Beatles fan from the time she was a teenager. She was a dedicated Brownie and Girl Guide Leader, a proud member of the Red Hat Society, and dearly loved her Friday night canasta ladies, whom she met and formed friendships with through her church. Sharon will be sorely missed by all her family and friends.

Sharon and her family would like to thank Doctors Taylor, Wade, Files, and Morris; the nursing staff of Kelowna General Hospital Unit 4B; and Central Okanagan Hospice House for their compassionate and excellent care. As well, she would like to thank all those people who visited her, brought flowers, sent cards and gifts and generally brightened her days while she was in Hospice House.

A Celebration of Life will be held on Friday, March 13, 2020 at 11:00 am at Trinity Church, 1905 Springfield Road, Kelowna, BC, with Reverend Gordon Fletcher officiating.  A graveside service in Calgary, AB, where Sharon will be laid to rest with her father and brother, will be held at a later date.  In lieu of flowers, the family requests that donations be made to Central Okanagan Hospice House, hospicehousekelowna.com.


The service for SWANSON, Sharon Darlene is scheduled for Friday, March 13, 2020 at 11:00 am . Below you will find the map for the service location and the contact information should you have any questions.