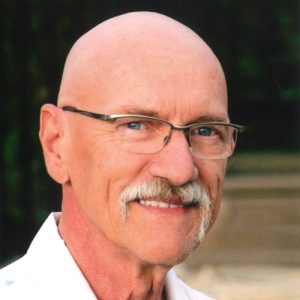 It is with much regret that the family of Chuck Theessen announce his peaceful passing in the early morning hours of December 20, 2021. Chuck had lived at Pine Acres Home in West Kelowna, BC from January 2016 until this past November when he was transferred to The Village at Mill Creek in Kelowna, BC due to the imminent closure of Pine Acres. His last days were spent with family and close friends sitting by his bedside sharing “Chuck’ stories.

Chuck grew up on the family farm in Greendale in the Fraser Valley, the fourth of six children born to Martin and Elsie Theessen. At age 16, he started working alongside his dad in the remote, water access only, logging camps of Jervis Inlet, learning the camp catering business, eventually ending up in Fort Nelson, then the logging and mill camps of Upper Fraser, McGregor and Giscome east of Prince George. For a number of years in his late 20s, he managed all National Caterer’s B.C.R. work camps north of Pemberton and remembered his days riding the rails as some of his favourite. In 1978, he incorporated Central Interior Catering and Consulting, offering remote site catering to the logging, mining and road building companies of the north, a company still in operation today.

It was in the early 1980s, that Chuck’s fascination with all things Eastern really took hold after he hired a Vietnamese boat refugee, a man who become his Kung Fu Master. Chuck went on to eventually teach Shaolin Temple Kung Fu in Prince George before switching disciplines to Tai Chi Chuan. He was also adept in the practice of yoga. And it was during the call and response of the ancient Pali and Sanskrit chants that it was discovered that he had a rich and deep baritone voice.

His love of all things Eastern led to countless trips to Asia, especially the Southeast Asia countries of Laos, Cambodia, Thailand and Myanmar. It was in Myanmar in 1996, that Chuck had a near-death experience, which he later described as wondrous and filled with limitless love, and which gave him the knowledge that death is nothing to be feared.

His greatest passion came with the discovery of Touch For Health and Bowen Therapy in the late 1980s and early 90s, when he uncovered a natural aptitude for assisting people in regaining a more balanced state of health. He never asked for payment, only a letter of thanks if a natural healing response resulted. He had a box full of such letters. To this day, every single person in our family misses his magic hands.

In 1999 both girls were living in Kelowna, so it was decided the time was right to relocate. Within a few years, the grandchildren started arriving, reinforcing that the decision to move south was the right thing to do. Chuck doted on his five grandchildren and had all the time in the world for each of them until his illness took over.

Chuck was predeceased by his father, Martin, and mother, Elsie; sister Becky; nephew Paul; and great niece Shelby. He is survived by his wife of 50 years, Sheryl; daughter Melanie and her children Julius, Mariah and Presley and their father, Riley Kerner; daughter Leah (Jason) and her girls Eva and Martina and their father, Cal Benazic; brothers Bill (Sylvia) and Ed (Grace) in Prince George, Dave (Linda) in Victoria and sister, Rosie, in Oklahoma; plus numerous nieces and nephews.

Many thanks to his great pal, Roger Lake, for being such a good and true friend through every stage of Chuck’s decline. Also, thanks to the wonderful staff at Pine Acres for the years of loving care provided to Chuck and to the staff of the Oyama Unit at Mill Creek for their professionalism in easing his end of life transition.

Due to the current highway conditions in BC, and the Covid-19 restrictions in place, there will be no service at this time.