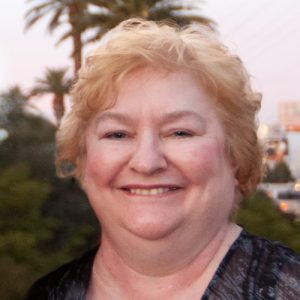 With heavy hearts, we announce the passing of Jacqueline Louise Topham (née Wilson) on September 13, 2020.

Jacquie will be forever cherished by her loving children Jason, Janice (Brandon) and Carlee (Colin), who remember her for her quick wit, sarcasm and ability to laugh at herself.  Mom taught us many 4-letter words, including her famous sayings such as “shit ya” and “you’re in shit.”

Jacquie’s greatest treasures were her three grandchildren Jenna, Hayden, and Cole.  She was known to them as Nana and will be remembered for her generosity and stories of their parents and Uncle Jay.

She cherished a lifetime friendship with the Sedawie (Gordie and Shelia) family.

Jacquie was born and raised in Vancouver, BC and always told us she was a city girl and loved it when it rained.

As a train conductor’s daughter to Jack Wilson, she had an everlasting love for trains.  As a child, Jacquie joined her dad on train trips and was able to sleep in the caboose.  Later, she would share this love of trains with her family as we enjoyed adventures to Winnipeg, MB on the Via Rail and rode the rails just as she did with her dad.

As a child, Jacquie’s fondest memories were the summers spent camping in Peachland, BC with her younger sisters Jill, Judy, and Janice.  She fell in love with the small town of Peachland and later left the city to start her family here.

Mom was well known for her love of dancing.  As a teenager, she actually appeared on Dance TV in Vancouver – a proud moment.  She would often teach us how to jive and embarrass us by dancing around the living room to Elvis with giant headphones on.  She also loved to watch TV; we know… we found her Shaw bill.  Sundays meant Ed Sullivan and Bonanza on an old black and white TV with her family as a child. Later, it was Friday nights watching Dallas wondering who shot JR and Sundays watching Beachcombers while she cut or home permed our poor hair.

Mom loved to cook a prime rib for Sunday family dinner, which usually ended in “who ordered the f**king pizza?”. A special thank-you to Peachland Pizza and the medium #7.  However, mom did make a mean mac and cheese complete with chips on top, which “was a real hit in our family.”

Mom has also left behind a condo full of stuff her kids have no idea what to do with.  If you’re ISO a well-used TV, couch with matching love seat and a 1997 Chevy Cavalier in mint condition, we know where you can find it.

Mom was always up to date on all the current events.  She had a keen interest in politics, took great pride in working on Peachland’s elections and was a strong NDP’er.  Sadly, she is missing 2 elections this year and will not be able to give us updates on what is going on.

We have chosen to not have a service for our mom and request that instead of flowers, please send us your stories.  She likely would have said the flowers were affecting her allergies. Mom’s words filled with laughter will live in our hearts forever.  She was much loved.