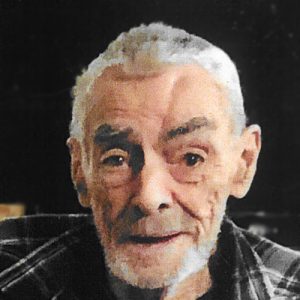 Wayne was born in Regina, SK, and grew up in Kamloops and the Cherry Creek Ranch area.  It was in Kamloops where he met Marjorie, and they were married in 1956.  During these early years, Wayne was driving truck in Northern BC.  When Debbie was born in 1957, the young family was drawn back to Southern BC and moved to Kelowna for a short time.  Soon after, a second daughter, Kathy, was born.   After working and living in a few different regions in BC, Wayne, Marjorie, and family eventually returned and settled in Kelowna in 1972.

Wayne was very active in the community.  He volunteered for the Cedar Creek Volunteer Fire Department for many years.  With fellow volunteer firemen, he competed in and won several raft races on Mission Creek.  He was an active member of the Vintage Car Club of Kelowna and loved showing off his prized 1965 Ford Comet Caliente.  Over the years, Wayne participated in the Kelowna Snowmobile Club, The Rocky Mountain Elk Foundation, the Kelowna and District Fish and Game Club and the Okanagan Antique Power Club.

In his younger years, Wayne excelled in various sports, including downhill skiing, competition figure skating, swimming, aquatic diving and water-skiing.  In more recent years, Wayne enjoyed boating with his family on the Okanagan Lake and relaxing and spending time in the outdoors at “Papa T’s Cabin” at his family’s recreation property in Carmi, BC.

Wayne had a long career of truck driving, travelling roads and highways in all parts of BC.  In 1990, he “shifted gears” and began driving bus for School District 23, a job that he truly enjoyed for 11 years.  He became well known to all as “Papa T”, a name given to him by his grandchildren and the students who rode on his bus.

The family wishes to thank the doctors, nurses and all the health care staff at Kelowna General Hospital for their kindness, compassion, and exceptional care that Wayne received.

A Celebration of Life will be held in the Spring.  We love and miss you, Wayne, Dad and Papa T!