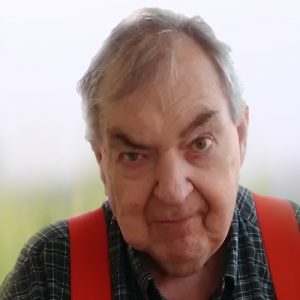 Bernie is remembered by his sister Audrey Gleason of Kelowna; brothers Dan Uhl of Powell River, BC and Ray (Irene) Uhl of Comox, BC; brother-in-law Jerry Johnston of Calgary AB;  nieces Kym, Sandra, Brenda and Dana; and nephews Jamie and Derek.  He was predeceased by his parents Henry and Helen Uhl; sisters Joyce Melissen and Leona Johnston; sister-in-law Mavis Uhl; and nephew Rick Gleason.

The Uhl family would like to express their thanks to the caring staff at “DLJ” where Bernie lived for four years, as well as to Doctor Whiting and Doctor Williams.

No formal service will be held at this time; family and friends will honour him each in their own way. Interment of the ashes will be held at a later date in Kelowna Memorial Park Cemetery.