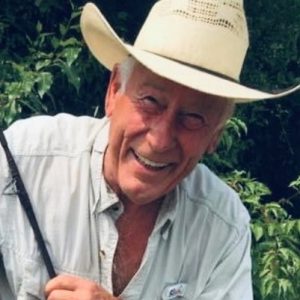 Del was born in Calgary, Alberta on April 8, 1944 and his life journey peacefully ended in the Kelowna General hospital on November 11. 2020, surrounded by his family. He was predeceased by his father Herbert Underhill in 1991 and his Mother, Mary Underhill (Pawliuk) in 1974.

Del will be sorely missed by his sweetheart and love of his life of 47 years, his wife Diane. Del leaves an eternal memory and an empty void in the lives of his children, son Richard Thomas (Anita), daughters Janice Dyck (Bill) Desiree Underhill (Darren Dalgarno) and Dallas Tregubova. Del attributed all of his love and wisdom to his grandchildren whom had endless admiration for their: Giedo; Jaustin, Jordelle, Avery, Gage, Magdalena (Janice/Bill Dyck) and Greisen, Kasciya, Caspian (Dallas/Zhenia Tregubov)

Uncle Del will be dearly missed by his nieces and nephews; Crystal, Melanie, Eldonna, Beau, Jodie, Jessie, Codie and their families. Del cherished his Aunts and Uncles, his many cousins and extended family, and the many, many friends and neighbors that he came to know over the years.

Del was a loving supportive husband, a pillar and mentor for his children and could be seen inspiring and teaching his grandchildren.  Known for his strong handshake, but yet gentle, he was inspirational, charismatic and a gentleman who touched the lives of all those who were lucky to know him.

Del Grew up in Bowness through his school years when many memories and lifelong friends were made. As a young teenager, feeling rebellious and eager to start his own life, he left the city and headed to the country for his first job on a ranch near Chestermere. He really enjoyed those days, and he often reminisced of what he learned while he was working on the farm. Eventually he returned to the city and was fortunate in landing a job with a business forms company.  He spent half of his career in the printing shop and was proud of his accomplishments through those years as a collator operator and Supervisor.  His career shifted in the late 70s to the construction industry, following in his father’s footsteps, he started up his company, C Custom Caulking.  He enjoyed the independence of being his own boss and working outdoors. And through the years earned the reputation as one of the best Caulkers in the City!  His most remarkable caulking contract was the Cross Iron Mall in Balzac! Del had a love and passion for the western lifestyle and Rodeo. As he would say, I never got rich and famous as a bareback rider…but oh it was one hell of a ride!!  The rodeo family became our family! Later he stayed involved in Rodeos by judging and took on the role as president of the A.R.C.A promoting amateur rodeo cowboys.  Del was a longtime Legion member joining Branch 286 in Calgary in 1984, where many friends were made, and continued at Branch 29 in Creston, BC.

He had an excitement and joy for anything outdoors. He loved fishing, hunting and camping. Never turning down a trip to the gun range. Del was naturally at one with nature and always found excitement exploring anywhere he went either on foot, horseback, or motorhome. After retiring Del and Diane moved to the Kootenays, the mountains were calling, and his strong will made it a reality.   He loved his new home in Wynndel, he put his signature touch on his mountain paradise, where the love and warmth surround all family and friends who visit!

“With my heart of gold
And my last handshake
I close my eyes and count my score.

The Kootneys have done
The favor at best
With lakes and mountains
And trails to test.

I am happy and proud
Of all of you’s around
Wipe them tears and
Smile for me.

Family and friends it’s been my pleasure
I have to depart and leave my lakeshore.

Rejoice in our past
With memories of gold
I hope your “Delbert” days
Never grow old.

Soar like an eagle
Resting high in the sky
My love for you all, will never die.

Till we meet again
You will find me
Where the ocean meets the sky,
I’ll be sailing…”