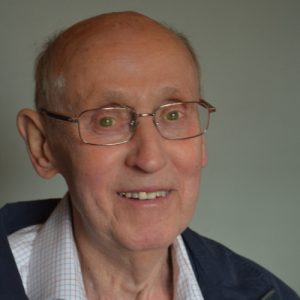 The Venerable Charles Frederick Wilkins passed away on Tuesday, April 20, 2021.

“Charlie” was born in Toronto, Ontario and a graduate of Huron Anglican Church College and the University of Western Ontario. At the start of his final year, he and Mary (née Long) were married and began their journey together. He was ordained Deacon in June 1954 and immediately moved to the Diocese of Calgary where he served his curacy. In November 1955, he was appointed rector of the Alberta parish of Mirror, Bashaw, and Alix; and in 1958 he moved his ministry to Olds and Didsbury with care of Harmattan. In January 1963, he became rector of St. Stephens’ Church, West Vancouver, BC where he ministered until he was appointed Archdeacon of New Westminster in 1970. The happiest years of his ministry were those served under Bishop David Somerville in that capacity. In 1985, he became Executive Assistant to the Bishop of Kootenay and served there until his retirement in 1992. He will be remembered by his friends and those that loved him for his sense of humour, sometimes corny jokes, and his love of singing.

Charlie is survived by his wife Mary; his children John (Barb), Don (Linda) and Catherine Stashyn (Jamie); and his grandchildren Catherine Wilkins, Brianne Sexsmith, Matt Wilkins, and Josh and Derek Stashyn. He was predeceased by his sisters Pat Sandercock and Shirley Reynolds, and is survived by his sister Donna Colley and her twin Donald, and his numerous nieces and nephews. He was a loving husband, dad, and grandpa.

The family wishes to thank Dr. Chris Outram for his ongoing care, and the nurses and staff of the Kalamalka Unit at The Village at Mill Creek for their kindness and care in the last weeks of his life.

There will be a celebration of Charlie’s life and interment of ashes when it is safe for his family and friends to gather together to remember him.

He was a good and faithful servant of the Lord.