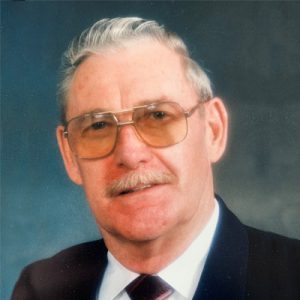 The family of Leonard Earl “Len” are deeply saddened by the passing of our much-loved father, father-in-law, brother, brother-in-law, and uncle.  Len is survived by his loving sons, Graham (Colleen) and Brent (Linda); his brothers Dale (Joanne) and Brian (Gerry); his sisters Delores Crane, Sandra Wray and Linda Wagner; and sister-in-law Suezanne Wadsworth; as well as numerous nieces, nephews and their families throughout Canada and the United States.  Len was predeceased by his wife Eileen, father John Albert, mother Winnifred, brothers Gary, Howard “Bud” and Lynn, brothers-in-law Ray Crane, Larry Wagner and Norm Wray, and sisters-in-law Emma Wadsworth and Sharon Wadsworth.  Len was born July 1st, 1930 and was raised in Moose Jaw, Saskatchewan where he started his career with Canada’s military.  He joined the reserve army, serving with the King’s Own Rifles of Canada for eight years, and subsequently enlisted in the Royal Canadian Armoured Corps in September of 1949.  Len was posted to the Lord Strathcona’s Horse Regiment where he served in Korea with ‘B’ Squadron.  Upon returning to Canada in 1953, he was posted to the Combat Arms School and while on leave met his wife Eileen in Calgary, marrying June 1955.  Len went on to serve with the Lord Strathcona’s Horse Regiment at CFB Borden, CFB St. John’s Newfoundland, CFB Calgary, CFB Hemer (Germany), and CFB Gagetown, NB where he was posted to the Royal Canadian Dragoons and assigned to the Combat Arms School.  In 1973 Len was posted to the B.C Dragoons in Kelowna, where he retired after 33 years of service.  In retirement, Len worked at the Kelowna Airport until travel called, and he and Eileen embarked on many trips with family and friends.  Len was a long-time member of St. David’s Presbyterian Church (Mountainview Church) in Kelowna.  Len’s open warm personality, approach, judgment, and voice of reason will be long remembered by many.

A celebration of Len’s life is planned for Wednesday, January 15, 2020 at 1:00 PM at SPRINGFIELD FUNERAL HOME, 2020 Springfield Road with Rev. Emery Cawsey officiating.  Interment will follow at a later date at Queen’s Park Cemetery in Calgary, Alberta.  If friends so desire, memorial tributes may be made directly to the Kelowna Memorial Hospital Foundation www.kghfoundation.com, or the B.C. Cancer Foundation www.bccancer.bc.ca.


The service for WADSWORTH, Leonard Earl is scheduled for Wednesday, January 15, 2020 at 1:00 pm. Below you will find the map for the service location and the contact information should you have any questions.