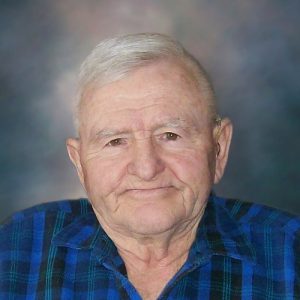 Walter Edward Schmidt was born to Regina  and Phillip Schmidt on June 17, 1928 on the family homestead in the Landestreu District of Saskatchewan. Walter received his early education in a one room schoolhouse which also served as a meeting place for the church. Walter went to school until the sixth grade as he was needed on the farm because his father fell ill. By this time Charlie and Dorothy made their appearances into the family and a little while later Harry arrived. Walter worked the farm till he was 27 years old and then went on his way to Winnipeg doing odd jobs and a trip to St. Louis to see his little sister Dorothy graduate from college. Walter took on many jobs seeing Canada from the oil fields of Alberta,   paving the highway 97 in BC  from the USA border to Revelstoke BC, working as a cook in his cousin’s Frank’s drive-in theatre’s burger shack and to the fishing canneries in Prince Rupert BC where he met and courted his wife Alice.

Walter and Alice dated for 2 years and they were to become engaged on her birthday on October 19 but those plans fell to the wayside because the fish plant went on strike. A little less of a month later Dad came up with the ultimate plan to get married. He called Alice at 10 am Wednesday, November 13 1963  knowing that they did not need to be on the picket line until the following Monday.  He proposed over the phone and she said yes. Walter had already called his cousin Frank and his wife Donna to stand in for them. Walter told Alice to be packed and ready to go when he when he came to pick her up at 4;30 which he did. At 5 pm on November 13 in Walter’s home, Walter married the love of his life Alice at 35 years of age. He had told his mom before he left the farm that one day he would be gone and when he came back he would have a wife with him.

Walter moved from his job at the fish plant to work for the city of Prince Rupert. In Prince  Rupert Walter and Alice had three children. In 1972 Walter moved his family to the Okanagan Valley settling in Vernon BC. He worked for the city of Vernon for a short while and then bought a business called Valley Sweeps which was cleaning parking lots and sweeping up ground messes. After a few years of that Waler sold Valley Sweeps and started his own business of Lakeview Landscaping. During this time he took the family on Sunday afternoon drives to Oliver to visit the people he lived with when he was working on the highway. There were family vacations to Langenburg, a 22-hour trip where Walter did all the driving till the children got their driver’s permits. Walter also enjoyed hunting and fishing.  After a long day of work in the summer, he would take his kids to Kin Beach to cool off and play in the water. As with any man who was watching his money he got free labour from his children on weekends doing landscaping with their Dad, He also planted large gardens and used free labour provided by his children picking weeds passing on to his children a love to hate weeds.

Walter was active in his spiritual life in the Lutheran Church. He served on church boards and as an usher. Even as a young man travelling through Canada he attended many churches like the one in Oliver BC where he served as a youth leader. Years later we found out that a certain young lady named  Ruth had a big crush on Walter but after the highway was completed Walter left to go north to see his cousin Frank Kotzer. Ruth married a good man named Rudy who was Walter’s friend and through the years they remained lifelong friends to them both. No matter what city Walter was in he attended church.

In 1975  Walter bought a plot of land on Stepping Stone Drive at the north end of Swan Lake on the hillside. It was still in the Vernon area. It was there he built his house with his father. The elder Schmidt’s lived with Walter and his family for several months till the house was ready to live in. In the Spring of  1977, the family moved into their new home. Now he had a bigger plot of land where they raised chickens, turkeys, and geese. Walter and Alice taught their children many skills

When he moved his family to Kelowna in 1980 he and Alice became members at First Lutheran Church.
Walter had a job working for a construction crew when he moved to Kelowna as a common labourer. His boss Lou liked him so much he has Walter’s family over every Christmas. As things wound down in the construction Walter took up cutting lawns and doing yard maintenance which he did till he was 80 years young. He had lots of clients but as he aged he kept the ones who he liked the most.

During Walter’s early retirement and beyond  Walter enjoyed long walks in his neighbourhood in Rutland where he would meet friends for coffee at Tim Horton and A&W. He would laugh and joke around with his coffee buddies and keep up with current events even though he was losing his hearing. . He loved reading the newspapers which were delivered to the house. He had a habit of when at A&W he would tear out the puzzle in the free newspaper and take it home to solve it. He loved to play card games, solitaire and cribbage aka crib These things keep his mind active but more important his love for God’s word which he would read every day.  Yes, he still putted around in his garden and enjoyed Hockey Night in Canada but arthritis and age were wearing out his ankle joints and he developed Shunt joints. It was decided not to fuse Walter’s bones together as there would still be a lot of pain but to amputate just below the knee and he could use prosthetics to walk on. Dad endured the procedure but needed help to walk and in the process of time, he was confined to a wheelchair for mobility. He was placed in a care home because he no longer could be left on his own as dementia was emerging more and personal care was difficult . . Walter lived at the Spring valley care home where he participated in many activities over the years till his death on August 28, 2021, at the age of 93 years, 2 months and eleven days.

He was predeceased by Alice, his wife of 43 years, in 2006. He is survived by his children Myrtle, Catherine and Wally( Walter)   As Catherine wrote on her Facebook page “ Dad is meeting Mom right now as they can now travel together free from earthly bonds. We will meet them one day, but now we, their children will meet them at a later date.”

Donations can be made to the Lutheran Hour in Walters Schmidt’s name.
www.lhm.org/give/forms/formgeneral.asp