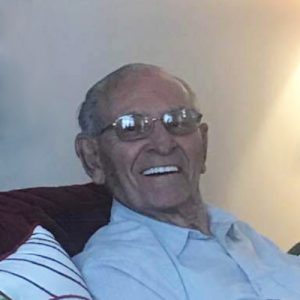 It is with deep sadness we announce the passing of George Wanchulak on November 15, 2022.

George was born June 13, 1928, in Edmonton, Alberta. He was raised in Hamlin, AB, where he started school as a young boy, then moved to Myrnam, AB, and finally Willingdon, AB, on the farm.

In 1944, at the age of 16, George went to Edmonton to work for Canadian National Railway.  He started in the dining car, traveling to Vancouver, Winnipeg and on various troop trains from Halifax to Seattle.

In 1951, George married Shirley Ann Chernavitch.  They had a daughter Tracy Lynn Wanchulak on November 11, 1961.  In 1956 he was transferred to Edmonton as a Trainman-Conductor working in various parts of Alberta.  George and Shirley divorced in 1965.  George later met and married Barbara Rose Kattler on March 30, 1970.  In 1987 he retired from CNR with 43 years of service, and moved to Kelowna in 1991.  They resided at Westwood Retirement Resort for the last 8 years.

Barbara and George bought a motor home and  would spend their winters in Apache Junction, Arizona.  In Edmonton, they belonged to The Gypsywheels Trailer Club.  George loved to play softball in Arizona and Kelowna.  He also was a softball umpire for 14 years. He was a member of the Elks, on the council at Grandview Terrace, attended Our Lady of Lourdes Catholic Church, sang in the choir at Westwood Retirement Resort, and played pool at the Senior Center.

George was always known for his humor and always enjoyed life. He was such a social person and enjoyed to be around people. George liked gardening, playing pool weekly, fishing, exercising, and especially watching his hummingbirds.

Our family would like to say a special thank you and much love to Audrey Frisken, family friend, of West Kelowna who was always there for George, either bringing him cookies or just checking up on him regularly.

A Memorial Service, with a reception to follow, will be held on SATURDAY, NOVEMBER 19, 2022, at 1:00 PM (PST), at Springfield Funeral Home, 2020 Springfield Road, Kelowna, BC. Father Rex Velmonte will be officiating. If you are unable to attend in person, please join the family online by Livestream at the time of the service (see below), a recording will be made available to view shortly thereafter.


The service for WANCHULAK, George William is scheduled for SATURDAY, NOVEMBER 19, 2022, at 1:00 PM (PST). Below you will find the map for the service location and the contact information should you have any questions.