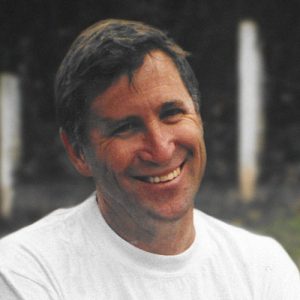 Rodney Patrick Francis Ward passed away on March 28, 2021, from glioblastoma at the age of 68.  He is survived by his wife Linda; son Stuart and daughter Sarah (Chad); and granddaughters Asha and Ayva.  He is also survived by his mother Rosemarie; sister Janis (Gary) and brother Wade.  He was  predeceased by his father, Frank, and in-laws, Mac and Dorrie McClure.

At an early age, Rod and his brother Wade worked with their father in the concrete swimming pool business, Four Seasons Pools.  They also operated the first concrete pumper in the Valley.  Rod was involved in the building of the Johnson Bentley Memorial Pool.

Rod had a huge capacity and desire to help others and volunteer where he could, in his community, through his church, our local school district and abroad.  Rod started his travel adventures helping the people of Honduras after Hurricane Mitch in 1997.  He was able to team up with Pan American Health Services and Paramedics For Children in Copan Ruinas, Honduras.  Rod made numerous trips (mostly driving) to Central America with different teams to do medical work, mostly for the people living in the mountains.  One year he organized the building of swings for the mountain children; when he returned the next year he had to replace all the bolts as the children had used the swings so much the bolts wore out.  He helped with building a medical clinic in Copan.  In 2005, he went with PFC to help in Indonesia after the tsunami.

The family would like to thank all of Rod’s friends for the phone calls and visits.  He enjoyed visiting with all of you and helping him through this difficult time.

Thank you to Drs. Swart and Wickstrom and all the amazing staff at Hospice.

Due to Covid-19 there will be a celebration of life at a later date. Donations may be made to the Food Bank.