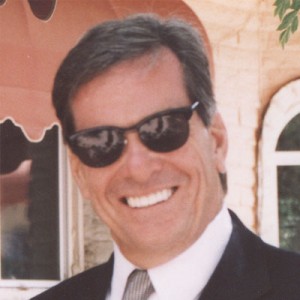 With heartfelt sadness, we announce the sudden and unexpected passing of ROGER DENNIS WATTS on the morning of December 8, 2011, while on vacation in St. Maarten.

Born in Scotland on March 10, 1945, Roger was a well-travelled child having lived between Britain, Canada and California before moving to Africa in 1953. He fondly remembered his youth spent in Rhodesia and South Africa prior to his return to Canada in 1958. Completing a law degree at the University of British Columbia, he then embarked on a long and successful career in law filled with unbridled passion.

Known by all who had the opportunity to spend time with him as a man of compassion, energy and generosity, he truly savoured each day and lived life to the fullest. He lit up any room he entered with his unabashed, hearty laughter and his infectious enthusiasm for life. A true romantic, he embraced his dreams as well as the dreams and passions of those around him.

He is survived by his wife Sandra, his sister Lenise, his cousin Penny, his first wife Sandra, their children Roger and Robyn and his grandchildren Alex, Madeleine, Taylor and Maxim.

He will be deeply missed, forever in our hearts and always with us in spirit and laughter.

Please join us for a memorial service for all family, friends and colleagues to celebrate Roger’s life at 6:00 p.m. on Sunday, December 18, 2011 at the Delta Grand Okanagan Resort, 1310 Water Street, Kelowna. Guests from out of town wishing to book accommodation at the Grand may refer to the “Watts Friends and Family” event when booking.

In lieu of flowers, memorial donations in Roger’s memory can be made to the Roger Watts Memorial Fund at the Central Okanagan Foundation. The fund, established by Roger’s friends and family, will support a scholarship in Roger’s name. For more information, or to give on-line, please visit www.centralokanaganfoundation.org or call the Foundation at 250-861-6160.


The service for Watts, Roger is scheduled for 6:00 p.m. on Sunday, December 18, 2011 . Below you will find the map for the service location and the contact information should you have any questions.