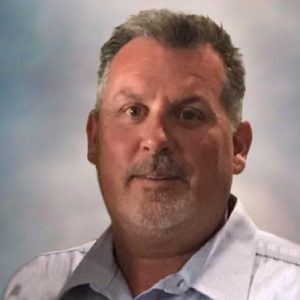 It is with profound sadness that we announce the sudden passing of Mark West on December 31, 2021. Mark is survived by his loving wife Nichole; sons Brandon, Logan, Hunter, and Gabriel; his parents Arla and Wilfred; brothers Darrell (Jose), Darcy (Melanie), and Jason (Jennifer); and numerous other family including father-in-law Michael, mother-in-law Beverly, aunts, uncles, brother-in-law Chad (Jenn), sister-in-law Paula, and many nieces and nephews who all adored him.

Mark had many amazing qualities but was best known for his hard work and his dedication to family. Mark worked tirelessly to provide a good life for his family and could often be seen including his sons in whatever project or job in which he was engaged, from building a deck to driving an excavator. Mark believed that having additional children later in life kept him “young at heart.” His children mistakenly believed he was so old he must have “lived with the dinosaurs,” but Mark demonstrated a sense of humour about it all and joked that he would not be able to retire until he was 75! Although Mark’s career kept him working out of town for most months of the year, Mark always showed up for the important moments, sometimes driving 16 hours to be there for those special events or milestones.

Mark had a second family: all the friends and co-workers at the various ski hills in which he worked during his career as a structural engineer. Mark’s contributions to the ski industry reached across the continent. His youngest boys used to proudly proclaim that their dad’s job was to “make snow!”, but if you ski or board, you will likely have crossed the terrain that his innovative spirit and expertise helped to create. There are few who carry as many tools in their belt as Mark did, and fewer yet who could use them with such skill. He was a giant of a man both physically and in spirit and was always there to lend a hand. He was always a friend.

Mark was born in New Liskeard, Ontario and grew up in Brethour township, where the family owned a trucking company. Maybe driving dump trucks and heavy equipment at an early age was the reason he was always seen driving big “Monster Trucks” around the city too. He moved to Kelowna, BC in his early 20s in search of work and perhaps a little adventure with his friends.

Mark loved camping, sledding, fishing, watching history documentaries, completing Sudoku puzzles, and playing with his dogs. His superpowers included being able to sleep anywhere and making the world’s greatest Caesar Salad. He was always willing to help whenever and wherever he could, and he never asked for anything in return or ever complained. Mark positively impacted the lives of everyone he met and will be forever missed by his family and friends.

A private viewing for the family was held. A Celebration of Life will be held at a later time.