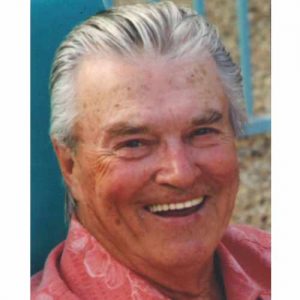 Surrounded by his family, Phil Wilde peacefully went to be with the Lord on September 16, 2021.

Phil was born to Arthur and Margaret Wilde on November 3, 1939, in Indian Head, Saskatchewan. He was raised in Qu’Appelle and Fort Qu’Appelle, and in the early 1960s became a travelling salesman throughout northern Alberta for Westeel and Massey Ferguson.  In 1966, he and his father took over the Massey dealership in Barrhead, AB and opened Barrco Equipment.  In 1970, Phil moved his family to Southern Alberta taking over ownership of the Massey dealership in Lethbridge.  In 1979, Phil got out of the farm machinery business and moved his family to Kelowna, BC where he enjoyed golfing, hunting and fishing, and he also coached minor baseball for a number of years.

In 1995, Phil met the love of his life, Jeannie, and they shared many wonderful years together until his passing.  The two spent time together golfing and vacationing in Nevada and Arizona. One of Phil’s happiest times was when he and Jeannie entertained their families and many friends.  Phil would have everyone singing and dancing as he rolled out the tunes on his piano.

Jeannie and family would especially like to thank Dr. Paul Hart and the staff of the Kelowna Hospice House for their comforting care.

In lieu of a service, a small family gathering will take place to honour Phil.