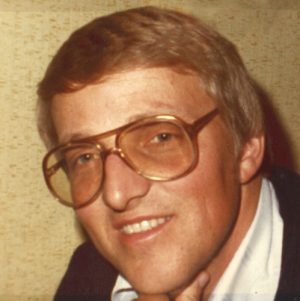 Husband of 40yrs, father to three adult children and Papa to six grandchildren, Dan Willms fought the good fight against multiple myeloma for 15 years breaking every prediction for survival. He walked with full faith that his Lord and saviour had a bigger and better plan for his life, and he proved that to be the case. On September 26, 2020, he got his heavenly wings, and he now rests high on that eternal mountain in the arms of Jesus.

We are left to reflect on the traits of who Dan was. His humility, his integrity, the way he saw people, and his passion to bring the gospel to as many people as he could. He was a constant encourager and proud of his family. He loved us ceaselessly with his big strong heart. He was our defender and protector. A safe place to go when life didn’t make sense and you needed help finding where true North was again. He listened without judgment and only with love. He was our problem solver. He was a leader, mentor and had compassion for people who were hurting. He was our biggest cheerleader and comforter. He comforted his family right until his last breath. His selflessness was admirable.

He had a huge heart for people. Everywhere he went he won the hearts of people. To know him was to love him. Dan was loyal to a fault and his words always carried truth and integrity even when it wasn’t the easy thing to do. He sincerely longed for true and real relationships with his family and friends. We will always remember his strength in hardship, his grace for people and unyielding faith in God.

His life was marked by his career in business through Northside industries for 30 years followed by 8 years serving as executive pastor in The Christian and Missionary Alliance in Canada. He had a love for flying and obtained his pilots license early on in his adult years.

Dan was a true gem of a man, and we are all better because of his presence in our lives. Well done dad. Well done!! You have finished the race that God has given to you. No more pain. No more suffering. No more sorrow. Rest knowing you were and are loved beyond measure. Be at peace. Be in glory. Walk with the Lord. Till we meet again. Never forgotten. Forever loved

In lieu of flowers, donations may be made to the KGH Foundation (please select to support the Cancer Care Fund or Hospice House / Palliative Care), www.kghfoundation.com or to the BC Cancer Agency Sindi Ahluwalia Hawkins Centre for the Southern Interior, www.bccancer.bc.ca.

A celebration of Dan’s life will be held at a later date this year, as we need time for family to gather. Service time to be announced.