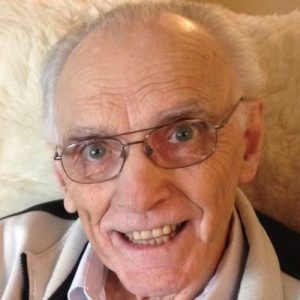 On Thursday, August 18, 2022, at the Hospice House in Kelowna, Bennie Otto Wittke passed into the presence of his Lord surrounded by his family.

Ben was born in Irvine, AB. His childhood was spent doing chores and exploring the surrounding countryside. As a teenager he moved to Medicine Hat, AB where he attended high school and enjoyed driving his Harley Davidson motorcycle. It was there, in the summer of 1952 that Ben graduated from a local flying school with dreams of becoming an airline pilot.

That fall, Ben began attending Alberta Bible Institute in Camrose Alberta where he started playing the Hawaiian Steel Guitar and met Donnis, his future wife. They were married in June 1955. After serving briefly as a pastor, Ben worked as a policeman, radio announcer and disk jockey, and an accountant.

In the late 1960’s Ben obtained his Airline Transport Pilot’s Licence and began flying for a living. Over the years he flew all over North America, from the Canadian Arctic to the southern United States. After retiring from flying Ben worked as a part time radio announcer and kept himself busy remodeling homes, piano tuning, computer programing, accounting, and playing his pedal steel guitar.

Above all else, Ben loved God, and during his final years he read, prayed, and prepared for eternity. After a long and full life he went to be with Jesus, the Lord he longed to see and be with forever.

Ben is predeceased by his 2 brothers. He is survived by his 4 sisters; Donnis, his wife of 67 years; his sons Murray (Cheryl) and Scott (Yvonne); his 6 grandchildren; and 16 great-grandchildren.

The family would like to offer a heartfelt thank-you to the Palliative Care Team; his friends and neighbours; and the wonderful Hospice House staff. Each of you has made a world of difference and our world a better place.