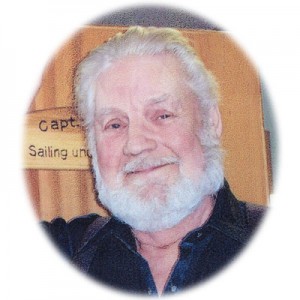 Ed was born in Vancouver and spent his life in the towns and cities of the West Coast.  He accomplished more in his 88 years than most people could in two lifetimes.  He was a veteran of World War ll, a sea captain who attained his Unlimited Masters Certificate, a high-rigger, logger, fisher, boat-builder, sharpshooter, builder of houses and walls; an inventor, a skilled pool player, a gifted carver.  Ed could fix or make anything and his motto was “the impossible just takes a little longer.”  He loved the Artic.  He was highly intelligent, an excellent writer and an entertaining story-teller.  He was bigger than life and left an indelible impression on everyone he met.  His passing leaves an unfillable void in our lives.

Memorial service to be held on Saturday, March 8, 2014 at 4:00 pm at Springfield Funeral Home, 2020 Springfield Road, Kelowna.  In lieu of flowers donations may be made to Kelowna General Hospital Foundation in memory of Capt. Ed Wray.  If you wish to send a condolence, post photos or share a memory, please scroll down the page to the area called “Share Your Condolences.”


The service for WRAY, Captain Edward Arnold is scheduled for Saturday, March 8, 2014 at 4:00 pm . Below you will find the map for the service location and the contact information should you have any questions.